All sessions will be directed by former NCAA Division 1 basketball player and current Provincial team and Centre for Performance Coach, Taneesha Greaves

Fees will be collected at the beginning of the first session, on September 13th


from the instruction of skilled university and provincial basketball team players. They will be


taught the fundamentals of basketball and play games suited to their age and skill level.


Whether your athlete is a beginner or advanced player, AthELITEs and Beyond will challenge


them to improveeir basketball skills in a FUN and ENERGETIC learning environment.

Taneesha Greaves, Director and Head Coach of the AthELITEs and Beyond basketball program, is a former NCAA Division 1 student-athlete (University of South Dakota). Currently, Greaves is the Student Manager of the University of Manitoba's Women's Basketball Program, a 16U Provincial Basketball team Assistant Coach, a Coach for the Centre for Performance Training Program and a Coach in the Winnipeg Minor Basketball Association (WMBA). Greaves has also been a part of the coaching staff for various Summer Camps offered by the University of South Dakota, developing female athletes ages 6-18.


Prior to her coaching career, Greaves played 2 years of high school basketball at Glenlawn Collegiate, where she was announced one of Winnipeg's Top 10 Basketball players, held an Alternate Player position on the Canadian Cadette Women's National Team, and achieved a First-Team All Star award at the Canadian National Championships. Following her two years at Glenlawn, Greaves transferred to the National Basketball Powerhouse, Oak Hill Academy, in Virginia, USA.  While at Oak Hill Academy, Greaves was ranked in the top 100 in a pair of scouting publications in the United States – the Carolina Scouting Report and the National
Women’s Basketball Insider and was presented with the Coach’s Award. After her successes in High School basketball in both Canada and USA, she then went to play Division 1 basketball at the University of South Dakota.

What others are saying about Taneesha:

"I had the honor of coaching Taneesha in high School and have seen her grow into the great young woman she is today. Taneesha has a positive energy about her that always makes those around her better. Not only is she a great athlete and coach, but she is a great person also.
I am honored to have been able to see her grow into the person she is today and she is making such a positive impact on people's lives."

"'I've known Taneesha since 2010 and during that time I've seen her progress from a high school basketball standout to a division 1 basketball player and now a basketball coach.

What stands out to me most about Taneesha is her unbelievable work ethic and her passion for making others around her better. What separates Taneesha from other coaches is her relentless thirst for knowledge and her ability to inspire others around her to fight to become the best they can be.

If I had a daughter, I would most certainly want Taneesha to be her coach, friend and mentor. I give Coach Greaves my highest recommendation." 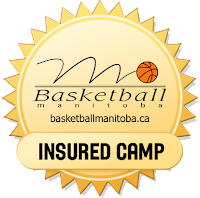