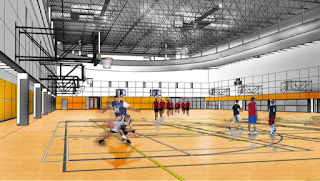 On Friday, June 19, Sport Manitoba hosted a groundbreaking ceremony for Phase 2 of the Canada Games Sport for Life Centre.

After ten years in the making, Sport Manitoba is turning the vision of a Sport for Life Centre into reality, by ceremonially "turning soil" on the construction of the Qualico Training Centre. This incomparable advanced resource will offer new opportunities for our city, province, and the Manitoba sport community.


"The journey to this groundbreaking ceremony has been long," said Jeff Hnatiuk President & CEO Sport Manitoba. "But it has been inspiring and simply incredible. We have received tremendous support for the Canada Games Sport for Life Centre by many organizations and people in many different ways. Support from three levels of government and the success of our private sector capital campaign has unequivocally confirmed that Manitobans believe in the power of sport." 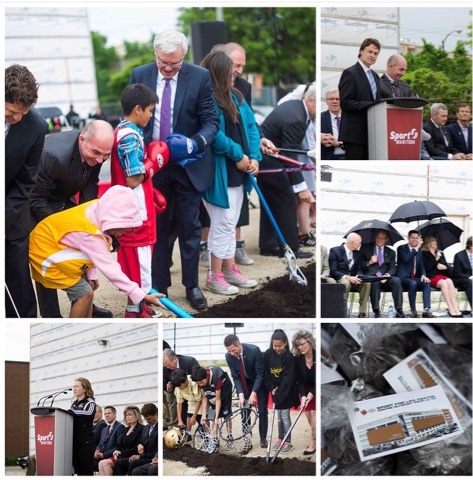 The Canada Games Sport for Life Centre will incorporate the sport expertise, fitness, training and coaching resources housed in Phase I, and put them to use in the Qualico Training Centre to provide programming for local schools, community groups, amateur sport teams and elite athletes.

"Our government has proudly supported the dream of developing a comprehensive sports facility in the heart of Winnipeg that will support athletes and the community at large," said Manitoba Premier Greg Selinger. "We congratulate Sport Manitoba for their leadership and fundraising efforts, and look forward to crossing the finish line at the grand opening."

In building the Canada Games Sport for Life Centre, we are fortunate to have the support of all three levels of government.

"The Government of Canada is proud to invest in the future of sport and physical activity in Manitoba, during the Year of Sport, as we also prepare to highlight both the 150th anniversary of Confederation and the 50th anniversary of the Canada Games in 2017. What a great opportunity to bring all this together with a state-of-the-art legacy facility for up-and-coming athletes, as well as the community."
-The Honourable Shelly Glover, Minister of Canadian Heritage and Official Languages

The Canada Games Sport for Life Centre, the feature legacy of the 2017 Jeux du Canada Summer Games here in Winnipeg, is being developed for Manitobans of all ages and skill levels - from our youngest kids to high performance athletes destined to "Own the Podium".

"This building will be a tremendous training space for athletes and resource for all Winnipeggers who are striving to stay active and healthy," said Mayor Brian Bowman. "I am proud that the City of Winnipeg has committed $3 million in capital funding from 2014 to 2017 to this help bring this project to life for the 2017 Canada Summer Games and for the benefit of our community for years to come."

When both phases are up and running, the Canada Games Sport of Life Centre will be used by 400,000 people every year on-site and the online resources by thousands more. That's an incredible impact! 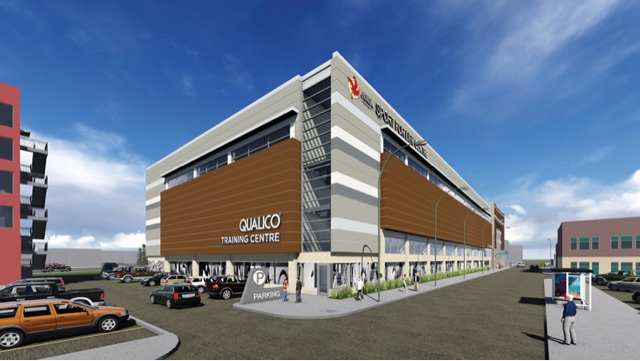 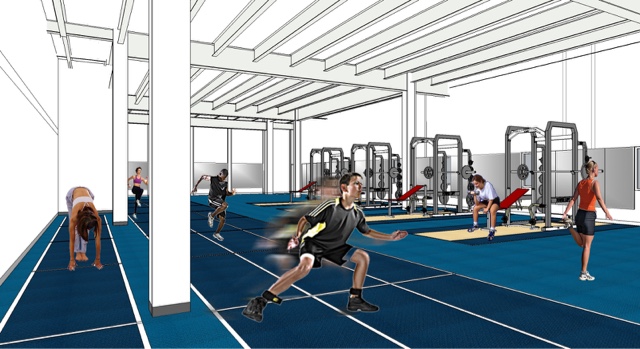 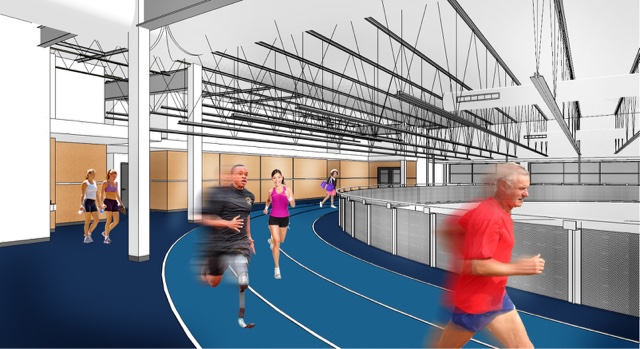