At Heart and Hustle Camps, we offer a unique camp experience with coaches who play the game at the highest level possible in Canada. All campers will receive:
THE CAMP
Each day at the camp will feature a specific skill and corresponding drills to push players in that skill. We offer unique ways to train skills such as ball handling, shooting and passing. The last hour of each day will be spent developing such skills at game speed, in a variety of drills in which players will compete with each other.
COACHES

Billy Yaworsky and Malik Irwin have been involved in basketball for over 25 years combined. Both coaches have played at the highest level possible in Manitoba in each age group they played in, including club, high school, provincial team and college teams. Both coaches are currently playing on top level CIS programs and thriving in those systems. They both posses skills and knowledge to help young players get better and reach their top potential! 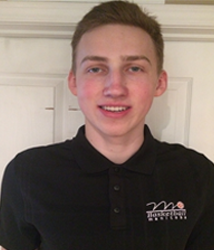