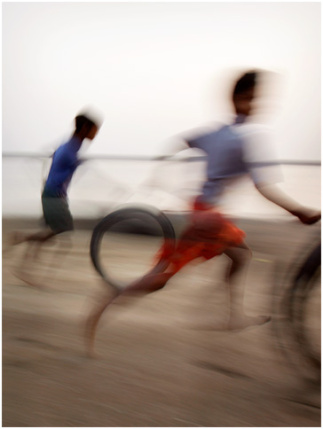 We generally do not allow sports science to interfere with our deeply held beliefs, even when the beliefs are more myth than reality. When I coached in Ireland, the young Irish players believed that basketball greatness was not in their genes. They felt that Irishmen were not meant to be great athletes. Meanwhile, the Irish Rugby Team crushed its opponents in its preparation for the 2007 World Cup. While basketball and rugby require different skills, each features fast, quick, agile, strong and coordinated athletes. If Ireland develops world-class rugby talent with these qualities, why do Irish basketball players believe this development is beyond their gene pool?


Few people view rugby and basketball in terms of athletic qualities, so few see the similarities, which impedes our overall athletic development.

Because we view sports in sport-specific terms, coaches encourage early specialization. Some basketball coaches dislike players who play volleyball, as they feel the players fall behind their teammates. However, volleyball and basketball require lateral movement, hand-eye coordination, ball skills and vertical jumping. Blocking a ball transfers to contesting a shot, and moving laterally for a dig transfers to moving laterally to prevent an offensive player’s penetration.

As youth sports grow more competitive, more young athletes rush to specialize. They heed their coach’s advice or follow their parents’ guidance, as parents try to give their child an advantage over the competition.

Early specialization – when an athlete plays one sport year-round to the exclusion of other sports before puberty – leads to immediate sport-specific skill improvements. Coaches and parents see immediate results and follow this path. If the most skilled 10-year-old plays basketball year-round, maybe my son or daughter needs to devote 12 months a year to basketball.

Recent years have seen a proliferation of athletic training facilities. While these facilities play to parent’s big league dreams, their success is developing general athletic skills which athletes fail to develop naturally because they specialize and narrow their athletic development. Rather than play multiple sports, which train multiple skills, athletes specialize in one sport and use performance training to compensate for their narrow athletic development.

Now, rather than play tag, children go to facilities and do agility drills so they can change directions, fake, evade and cut when they play basketball, soccer or football.

Athletic development is a process, and early specialization attempts to speed the process. However, what is the goal? Is the goal to dominate as a 10-year-old?

If one specializes in basketball at 10-years-old, his general athletic development is incomplete. While he likely improves his dribbling, shooting and understanding of the game more rapidly than his peers who play multiple sports, those who play multiple sports develop many other athletic skills. If the others play soccer, they improve their vision, agility, footwork and more; if they play football, they improve acceleration and power. When these athletes specialize in basketball at 15-years-old, they have broader athletic skills and an advantage against the player who specialized early and hit a plateau in his skill development.

Skills – from athletic to tactical to perceptual – transfer from sport to sport. Many coaches and parents insist there is no relation between sports, which gives more credence to early specialization. However, before one excels at a sport, he or she must be an athlete first. The more developed a player’s general athletic skills, the higher the player’s ceiling in his or her chosen sport.

Sports science research contends that specialization before puberty is wholly unnecessary and, in some cases, detrimental to an athlete’s long term success. If the goal is to dominate other 10-year-olds, specialize early. However, if the goal is to nurture healthy children and give them an opportunity to participate in high school and/or college athletics, playing multiple sports offers a child more developmentally than does early specialization.

To view the above videos, you will need 'Flash' installed on your computer.

Can't see the above videos on your smart phone or tablet?  Watch them all in the 'Coach Videos' section on our FREE Scoreboard app for iOS or Android at...