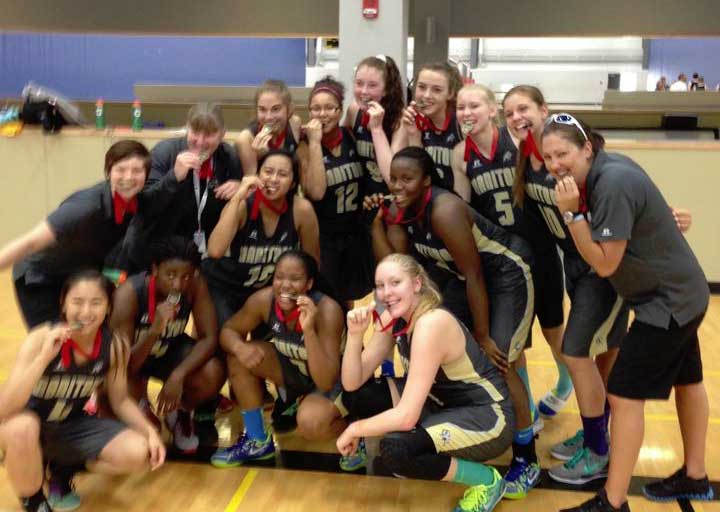 Team Manitoba made basketball history on Wednesday night by winning an unprecedented TWO National titles for the first time in the province's history!  The Gold Rush began with the 17U Female team who over powered a talented Team Quebec 61-50 to bring home the first female National title at the 17U level and only the second of all time (joining 1992 19U Female National Champs). BOX SCORE 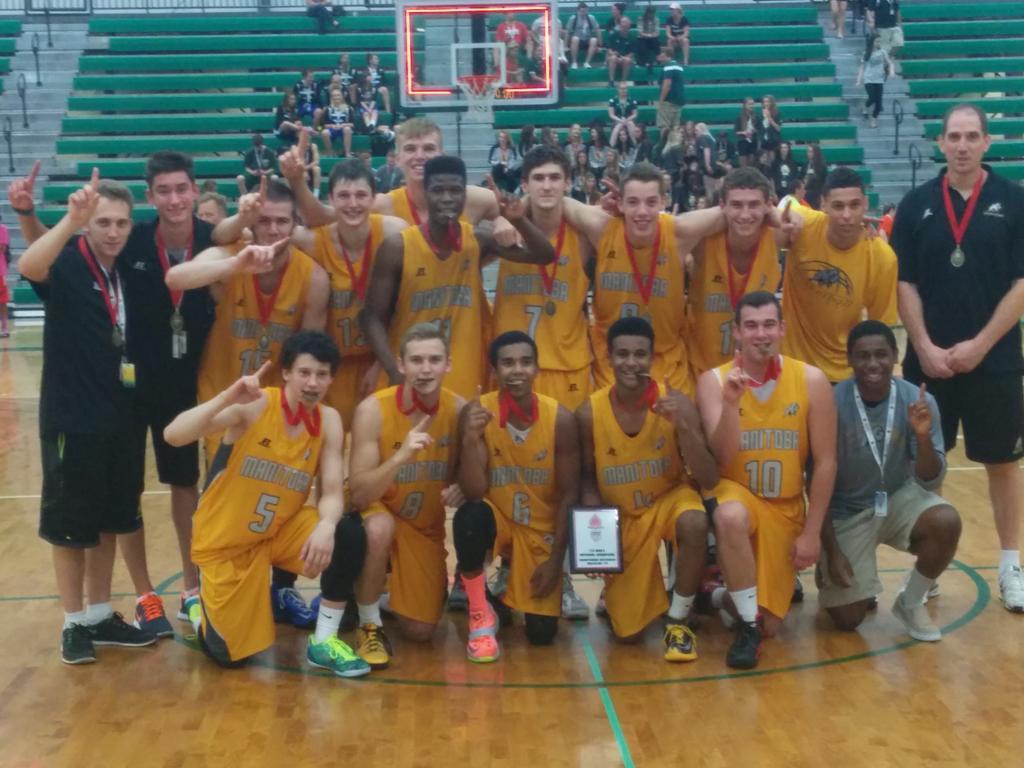 Following the Girl's Gold, the 17U Male team took the court to take on the 3 time national champions from Team Ontario.  Team Toba got out to a early lead on the favoured Ontario and never looked back, winning 79-61.  Manitoba led from tip to final buzzer and took home its very first male National Championship at the Provincial Team level in Manitoba's history!  BOX SCORE

The 17U sweep marked the first time in 15 years that a province has won both the male and female tiles the same year, with the last being Alberta in 1999. 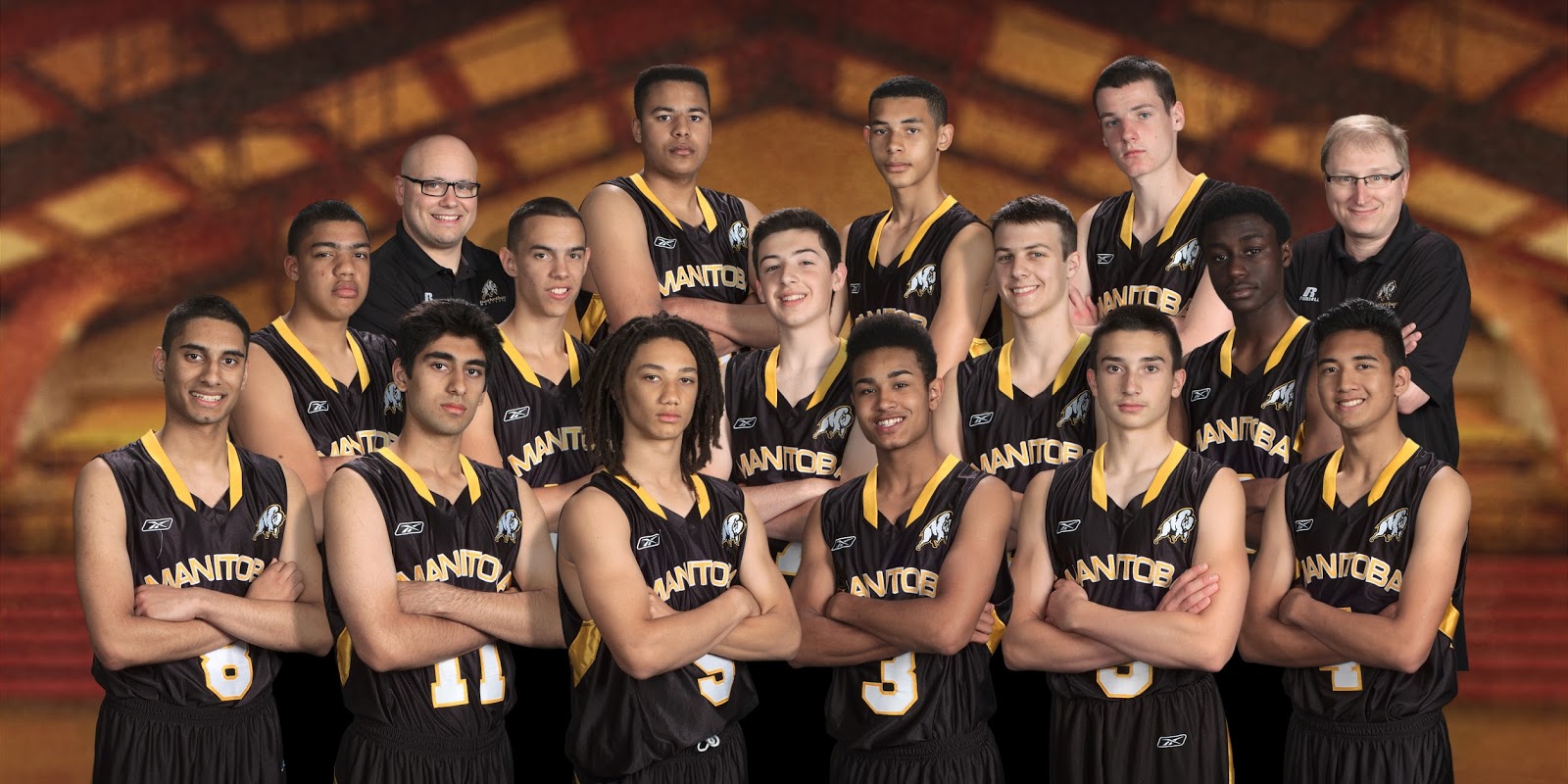 To add to the Toba medal haul, The 16U Male team proudly took home the Silver after falling to the Gold Medallists from British Columbia, 58-41.  Manitoba made its way to the Gold Medal game by earning the 2nd seed after a tie breaker needed to be performed involving Nova Scotia and the hosts Alberta. 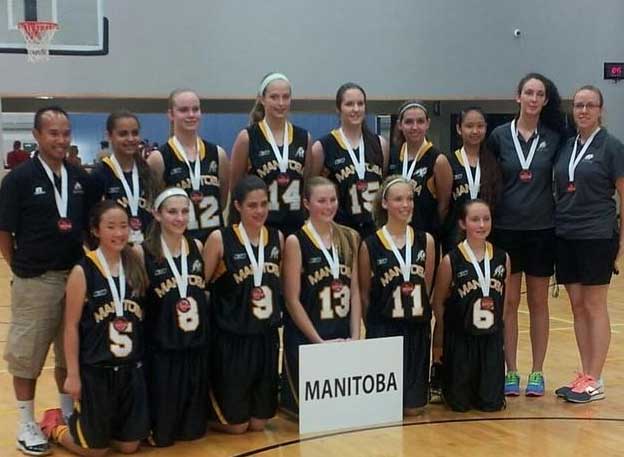 Earlier in the day, the 16U Female team finished the Western Championships strong with a Bronze Medal win over Saskatchewan 62-43

The 15U Female Team closed off their tournament in the 7th place game, falling to the hosts from Alberta 67-31.  BOX SCORE

Recognized from Manitoba on the Tournament All-Star Teams at the Championships were...

Follow this page to stay up to date on Manitoba's results at the 15U, 16U and 17U Championships from Alberta.  For live result updates, FOLLOW US ON TWITTER

16U Female Manitoba had a bye on Tuesday 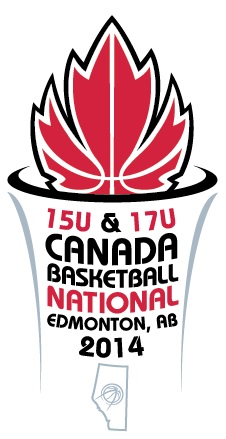 Manitoba capped off another win for the bracket’s dark-horse team, beating their neighbours from Saskatchewan 77 – 69. William Kohler of Manitoba tied Saskatchewan’s Carter Millar with a game-high 21 points, but also received plenty of help filling the bucket from his teammates; Manitoba’s Roger Milne scored 19 points Torrez McKoy added 18. Saskatchewan will face Quebec on day five while Manitoba will take on Nova Scotia in the semi-finals.

Manitoba utilized its tremendous size advantage to punish Prince Edward Island on the boards, out-rebounding the Islanders 51 to 23 on route to a 70 – 55 victory. Jenna Mae Ellsworth was a bright spot for P.E.I., scoring 20 points on seven-for-13 shooting for a team that struggled to give itself many opportunities to score; from offensive rebounds alone, Manitoba had 29 second-chance opportunities, out-numbering P.E.I.’s total rebounds. Jordan Tully of Manitoba matched Ellsworth with 20 points of her own in the win; her team will go one to face Saskatchewan in the semi-finals on day five. P.E.I. will take on Prince Edward Island will take on British Columbia.

Quebec got their work done early, silencing Team Manitoba and holding them to only four points in the first quarter, on route to a 83 – 44 final. Manitoba struggled with ball-control, giving up 38 turnovers on the night, leading to a 79 to 54 shot advantage for la belle province. Cleary-Sorelle-Ketia Inez led all scorers with 19 points on eight-for-13 shooting for the victors while teammate Shayann Laguerre tallied a game-high 10 rebounds and four blocks. Quebec advances to face Team Saskatchewan at 6:00 p.m.; Manitoba will take on New Brunswick at 11:15 a.m.

15U Male Manitoba had a bye on Monday

Prince Edward Island kicked off festivities on day three, playing in all four brackets in the 9:00 a.m. slot, taking a 68 – 40 loss to Team Manitoba. P.E.I. got 18 point from Alexis MacInnis but Manitoba’s deeper scoring-attack and size advantage kept P.E.I. trailing from the first quarter. Alexis Garcia scored 16 points for the victors, complemented by five other players with at least seven points, while as a team, Manitoba outrebounded the Islanders 53 to 32.


Manitoba turned heads with a victory over a quick Team British Columbia, taking the game 72 – 66. Daniel Sackey continued to light things up for Manitoba, leading the game with 20 points and beginning to make a case for a tournament all-star selection; teammate Emmanuel Akot had a great game as well, finishing with a 15-point, 13-rebound double-double. Jaden Gregg played heavy minutes for B.C. in the loss, totalling 17 points, five assists and three rebounds.


Manitoba found itself on the wrong end of one of day two’s largest margins of defeat, falling to a very formidable Team British Columbia, 75 – 33. While British Columbia featured a team in which every player scored within their balanced offensive attack, Manitoba struggled at times to find their rhythm, connecting on only 22% of their field goals as a team. Size was an issue as well for Team Manitoba, as British Columbia took up residency in the paint on route to a 59 to 26 rebounding advantage for the victors.

Manitoba rode a trio of skilled scorers to 83 – 79 win over Team Alberta. Alberta hanged in tough the entire game, even leading at times in the game’s dying minutes, but had to contend with stellar games from Daniel Sackey, Emmanuel Akot and Deng Gulak, who finished with 28, 25 and 17 points, respectively. Gulak also flashed his muscle in the paint, leading the game in rebounds as well with nine. Quebec was led by 17 points by Justin Bediako.


Ontario completed their winning day by besting Manitoba 72 – 55. Jordan Tully scored a game-high 18 points – including 10 points from the foul line alone – for Team Manitoba. Not to be outdone, Team Ontario’s Bridget Mulholland went a perfect 10-for-10 from the foul line, on her way to a team-high 15 points. The game became somewhat of a foul-shooting contest, with the two teams combining to shoot 63 shots from the line; Ontario’s foul-shooting accuracy of 84% proved too effective for Manitoba to readily counter to prevent the loss.


Torrez McKoy’s 23 points led the game, and his team to victory over Team New Brunswick, with Manitoba taking a 76 – 60 win on day two. New Brunswick did its part to put the team in a position to claim the top seed in Pool A, limiting turnovers and featuring a balanced offense led by 14 points from Stanley Mayambo. Unfortunately, for the upstart Maritimes team, an 18 – 7 Manitoba-advantage on the offensive glass gave the victors a considerable advantage in second-chance points – enough to handily beat New Brunswick by the game’s end.

Team Newfoundland rode a balanced scoring-attack to withstand Team Manitoba, 71 – 65, on the first round of games on day one. Manitoba fielded the game’s highest-scoring player with Taylor Reynolds scoring 20 points on 50% shooting accuracy, but Newfoundland boasted Sarah Hiscock and Gabrielle Roche, two well-rounded players who finished the game with an identical 17 points and eight rebounds each. Manitoba will take on British Columbia Saturday at 1:30 p.m. Mountain Time on the competition court at the Saville; Newfoundland’s second game of the tournament would conclude day one for the 15U Girl’s bracket, as detailed below.

Team Quebec opened their tournament with a 79 – 63 victory over Team Manitoba. Luguentz Dort scored a game-high 20 points on eight-for-14 shooting while also adding five rebounds and four assists. Manitoba was led by 13 points by Daniel Sackey and nine rebounds from Emmanuel Akot. Quebec will play Team Ontario Saturday morning at 11:15 MT while Manitoba is set to take on Team Alberta at 3:45 p.m. Mountain Time.

Manitoba took a commanding 64 - 46 victory over Team British Columbia on day one. Jordan Tully led Team Manitoba with 16 points while adding nine rebounds; Sophie Swant led B.C. with 13 points. British Columbia struggled to find its rhythm, connecting on only 16% of their attempts from the field as a team. Manitoba will face their Ontarian neighbours at 3:45 local time and B.C. will look to regroup versus Team Alberta at 11:15 a.m.

Team Manitoba minimized turnovers and cleaned up on the offensive boards to steal a 70 – 68 win over Team Quebec. Both teams shot efficiently from the field, with Quebec shooting a cool 53%. Manitoba caught fire from deep and wound up shooting an electric 14-for-30 from three-point territory to give themselves the chance to turn heads on day one. William Kohler led the way with 17 points for the victors while Kevin Barreau tallied 18 points for Team Quebec. In a surprising turn of events, Manitoba and New Brunswick will meet on day two at 1:30 p.m. while neighbours Ontario and Quebec will meet at 11:15 a.m. having lost their first matches in pool play.