PUBLISHED ON August 12, 2012 Headlines,
The Junior Bisons Boys Basketball Club have announced details on its 'Back to School' basketball Shooting Camp.  The camp is open to male players born in 2000 and 2001 and will run 3 sessions on September 10, 11 and 12 from 5pm-7pm each night.  For male players born in 1999 and 1998, the shooting camp will run 3 sessions on September 14, 18 and 21 from 5pm-7pm.  All camps will be at Lindenwoods Community Centre – 414 Lindenwood Dr. W.  Cost to attend each camp is $50 per player.  The camp will help those who attend learn the proper technique, with drills, repetition, correction with fun and competitive games.  Players will receive instructions from experienced coaching staff, including coaches and players from the University of Manitoba Men`s team.  Each player will be placed in a situation where he can learn, improve, and have success in the game of basketball.  To register...

Please send an email to Coach Herve Vincent at : canadaherve@hotmail.com (Specify first and last name, grade, club or school team in your email) 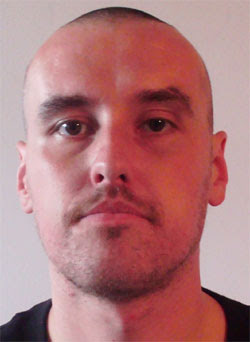 Vincent was born and raised in France where his dedication to the game began in 1988 when he joined a basketball club. He has been involved in coaching since 1997 where he started as a volunteer and became a certified coach in 2005. He earned his degrees in sociology, education and sports training.  He has coached and trained players at all levels, from youth to adult, at both the city and national level for 15 years. He has experience in promoting basketball via presentations in schools, community centers, university, tournaments and skill camps.

From 2006 to 2009, Vincent worked as a technical supervisor for the youth basketball development program in the SPO Rouen professional club, where he developed and implemented specific youth skills programs.He also developed the grassroots program "school of basketball" multiplying the number of players by 3 in 3 years in the club. He was nominated head coach for the best grade 6-7 player's selection at the provincial level in 2008 and 2009.

In 2009, Vincent moved to Canada to experience the sports culture in North America. He joined the Junior Bisons program and started his work with Basketball Manitoba's Centre for Performance and Todd MacCulloch Hoop School programs. He also became assistant coach at Kelvin High school at the Junior varsity level in 2009 and with the varsity team in 2011.

Vincent is currently assistant coach with the University of Manitoba Bisons men's team and is still coaching for the Junior Bison club. He started his certification in Canada, and has traveled in 10 countries where he has played basketball in every visited city.