Basketball Manitoba is pleased to announce that Rod Peppler has been named the 2009 Great-West Life Volunteer of the Year as part of the Sport Manitoba Gala Awards presented on Thursday May 21.  Rod is a long time active volunteer for basketball in the referee development capacity.  His tireless efforts have made a tremendous impact on the grassroots development of new referees in the sport. Legendary basketball player Roy Williams who played for the Manitoba Bisons and Winnipeg Paulins in the 1950's.  For details on the awards... 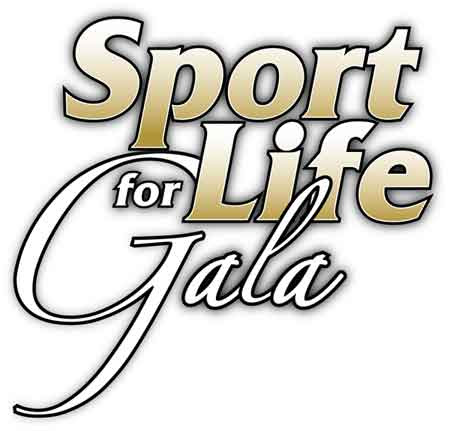 We said this years event was promising to be bigger and better than ever before and we did not disappoint. Sport Manitoba treated almost 500 guests to a true celebration of sport.

Who was nominated? Find out...

Volleyball player Christopher Voth and Triathlete Sarah-Anne Brault were selected
as Manitoba’s Male and Female Junior Athletes of the Year based on
their athletic achievements in 2008. 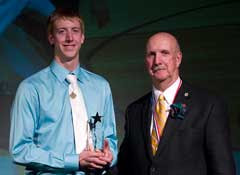 Also recognized by Sport Manitoba were Rod Peppler (Basketball) as the Great-West Life Volunteer of the Year, Mitch Davidson (Volleyball) as the Official of the Year and Tony Franklin from Deloraine (Hockey) as Coach of the Year.


The Manitoba Sports Hall of Fame and Museum also honoured a veteran induction class of ten individuals and six teams. Winnipeggers Wally Hergesheimer (Hockey), and Derek Riley (Rowing) were joined by Roy Williams (Basketball) from BC. Who else was inducted...read their stories

Thanks to all our staff and volunteers for making the evening so special. We hope all our nominees and inductees enjoyed the evening. We hope to see you all next year when we do it all over again.

Sport Manitoba celebrates youth and volunteer excellence and achievement in amateur sport with a number of special awards that are presented annually.

Award nominations are submitted by Provincial Sport Organizations. Members of the sports media select the winners.  All nominees are recognized each spring at Sport Manitoba's annual Sport Awards Gala.