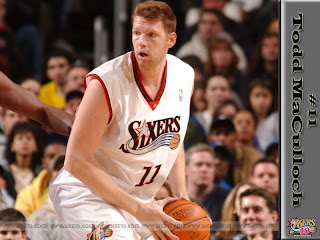 
A graduate of Shaftesbury High School and member of the Manitoba Provincial Team, MacCulloch was in 1999 named Honorable Mention All-America as a senior at the University of Washington, when he averaged 18.7 points, 11.9 rebounds, and a .662 field goal percentage. He led the NCAA Division I in field goal percentage in his final three years of college, only the second player ever to accomplish the feat.[2] He was all-Pac-10 First Team selection in his final two years at Washington. He was drafted by the 76ers in the 2nd round (47th overall) of the 1999 NBA Draft.

MacCulloch played four seasons in the NBA before being forced to retire prematurely due to a genetic neuromuscular disorder that affected his feet, Charcot-Marie-Tooth disease. In his first two seasons with the Philadelphia 76ers, MacCulloch played reserve center, averaging 9.4 minutes, 2.6 rebounds and just under 4 points in 56 and 63 games respectively from 1999 to 2001. In the 2001 off-season, he signed as a free agent with the New Jersey Nets and as their starting center averaged 9.7 points and 6.1 rebounds a contest. MacCulloch was then traded back to the 76ers for the 2002–2003 season, in which he averaged just under 20 minutes, 7.1 points, and 4.7 rebounds a contest. Due to a chronic foot condition, he went on the injured reserve list at mid-season,[3] did not play the following season, and announced his retirement in September 2004.


MacCulloch played for the Canadian national team of various sorts 93 times, most notably at the 2000 Sydney Olympics where the Canadians topped Yugoslavia to win their group only to lose to eventual silver medalist France in the quarterfinals and finish seventh. 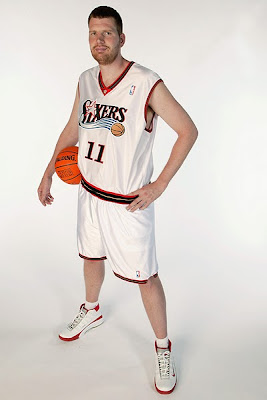 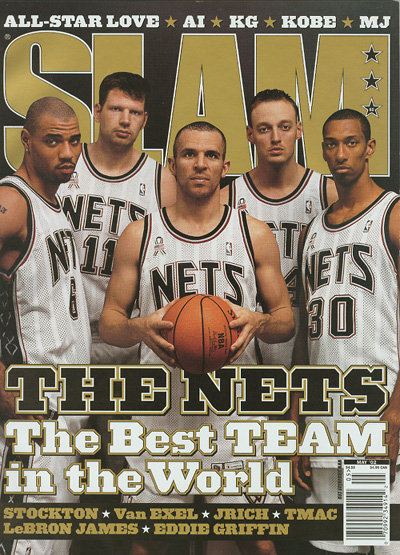