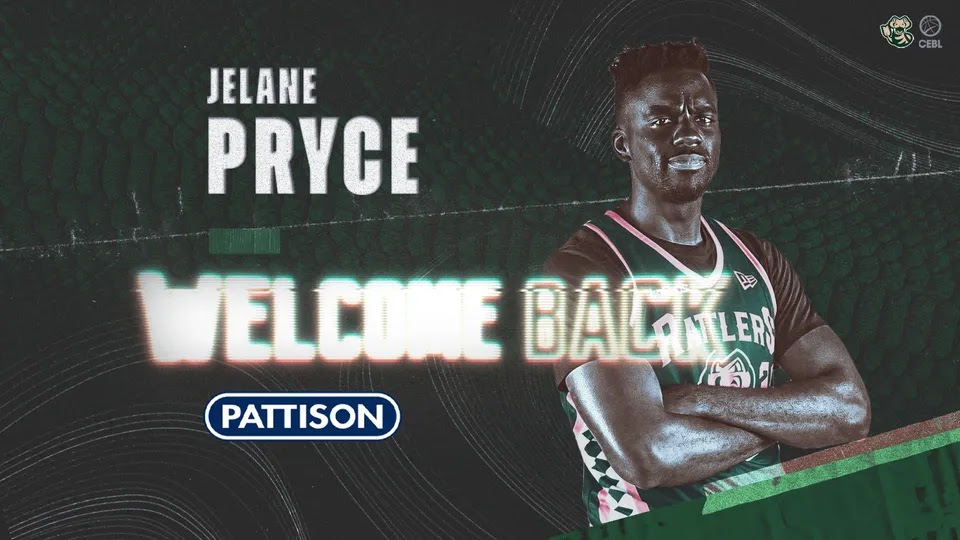 The Saskatchewan Rattlers, member club of the Canadian Elite Basketball League (CEBL), have announced the re-signing of Jelane Pryce. 2021 will mark Pryce’s third consecutive season with the team.

At the 2020 Summer Series, Pryce averaged 2.3 points, 1.0 assists and 1.8 rebounds in 6 games. Pryce has averaged 3.3 points, 0.5 assists and 2.3 rebounds in 41 total career games. Known for his length and athleticism, Pryce can stretch the floor offensively and is a solid presence defending both inside the paint and around the perimeter.

The Inisfil, Ont.-native played college basketball for the University of Winnipeg. Prior to joining the Rattlers in 2019, Pryce had played FIBA 3x3 basketball for Team Winnipeg and Team Canada. Pryce was drafted in the regional rounds of the inaugural CEBL draft in 2019 and played in 19 games during the 2019 season for the Rattlers. With Pryce’s speed and length, he was able to finish fifth overall in the CEBL in blocks per game with 0.9. The 6-foot-7 forward was not only known for his versatility on the court but for his work in the community. His numerous appearances at speaking engagements and community events led to him winning the Rattlers 2019 Community Ambassador award.

“We are very pleased to have Jelane back with us in 2021. Jelane is not only someone we can rely on on the court, but he is also a great member out in the community,” said Rattlers GM, Barry Rawlyk. “He is a versatile player that can play and guard multiple positions on the floor and we are happy to have him back for a third season.”

“I’m very excited to be back with the organization for a third season,” said Jelane Pryce. “I’m happy to be back and excited to put on that green and wheat jersey once again!”

The CEBL is preparing for its third season in 2021 starting June 24, 2021 following the success of this past year's CEBL Summer Series in St. Catharines, Ont., which saw millions of viewers across Canada and around the world tune in starting July 25 to watch 26 games played over 15 days in a single-site league competition. The CEBL became the first professional sports league in Canada to return to play after the outbreak of the COVID-19 virus in mid-March shut down sports across the country. For more information on the Rattlers, visit therattlers.ca.