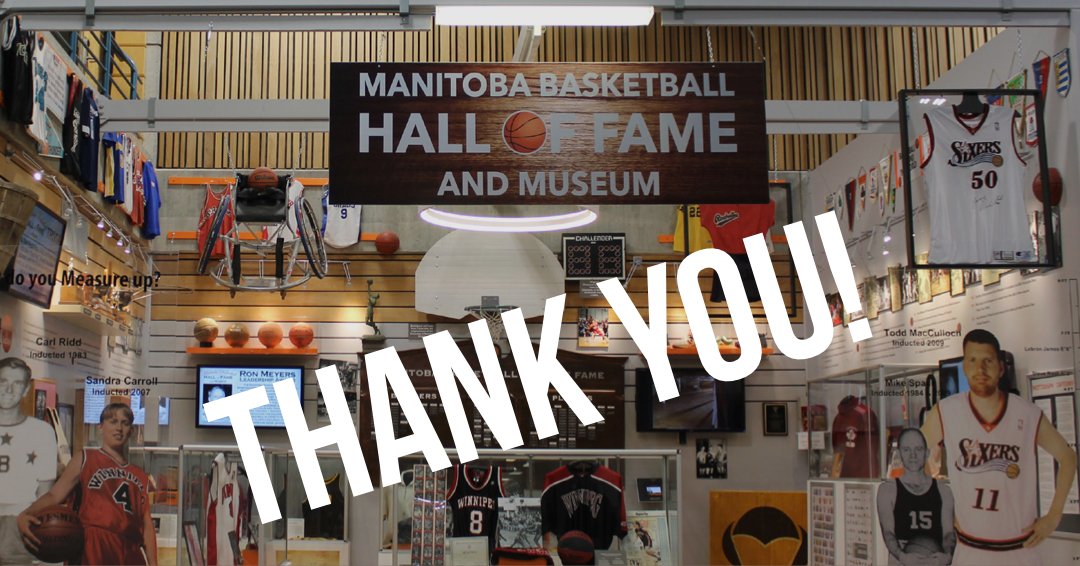 Thanks to the overwhelming support of our Manitoba Basketball Hall of Fame inducted members and our many friends, the MBHOF Endowment Fund through the Winnipeg Foundation and the Manitoba Heritage Trust Program (MHTP) has reached its initial goal. Our contribution history, which saw the Government of Manitoba add some "stretch dollars" that we triggered, now stands at $116,958.26. About 28% of this was the government contribution, meaning our contributions totaled about $84,000.00.

Starting in July 2018, we solicited the support of the entire basketball community to create an endowment fund that would guarantee the long-term sustainability of our Manitoba Basketball Hall of Fame and Museum. We will now receive an annual return from the fund through the Winnipeg Foundation, which should cover our operating expenses (supplies, materials, new displays, etc.). We are incredibly grateful to the 153 people, some anonymous and some who contributed more than once, who made donations, large and small, and some in memory of significant individuals like coaches, parents, teammates, and lost friends. Once again, the members of our extended basketball community have stepped up and met the challenge - was there ever any doubt?

On behalf of our entire Manitoba Basketball Hall of Fame and Museum committee, I would like to thank everyone for the tremendous support. We stand proud of the support which has been shown by so many. All future donations will now be processed through our relationship with the National Sport Trust Fund (NSTF) and Sport Manitoba.

We are very grateful to the following people who made donations to our endowment fund through the Winnipeg Foundation: