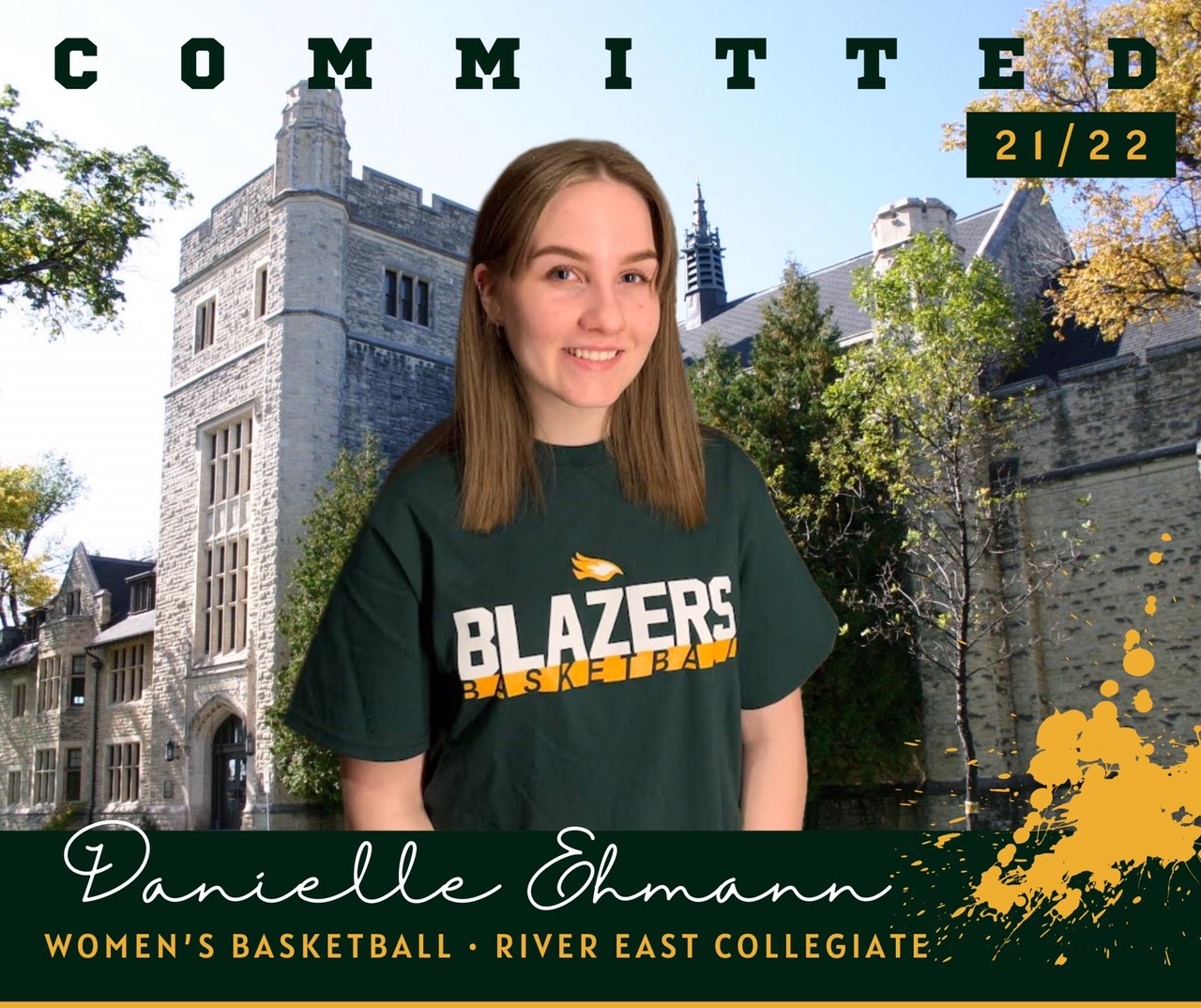 CMU Women's Basketball has announced the commitment of River East Collegiate's Danielle Ehmann for the 2021-22 NIAC and MCAC seasons.  The 5'8 guard has done just about everything at her northeast-Winnipeg high school despite losing her senior season to the pandemic. Ehmann competed for the Kodiaks in badminton, curling, field hockey, ultimate and even qualified for the provincial track championships as part of a 4 x 400 team.

But the 5'8 guard shone brightest on the basketball court. Often a starter in her grade 10 season, Ehmann helped River East to a berth in the KPAC Championship and a subsequent trip to the 2019 'AAAA' Provincial Championships where the Kodiaks advanced to the Final Four.

Stepping into her grade 11 season, Ehmann impressed at the Pembina Trails tournament, earning a Player of the Game selection and after a second elite showing at the Piper Classic, was recognized as a tournament all-star and the Most Valuable Player.

"Danielle is an extremely competitive and hardworking player which allowed her to excel at the high school level," said Ehmann's high school coaches, Christina Posthumus and Akida Lewis. "We were able to rely on Danielle to provide lock-down defense on some of the opposing teams' best guards while maintaining her energy to run an offense on the other end of the court. Danielle always keeps a positive attitude and has the ability to keep her teammates together and motivate them to get the job done. She truly was a pleasure to coach!"

Through two seasons of varsity basketball with the Kodiaks, Ehmann averaged 25 minutes a game while scoring 15 points, collecting 3 rebounds and dishing out 5 assists.

As a club player, Ehmann laces up her sneakers for the Winnipeg Wolves. Among her club accomplishments are multiple trips to the Manitoba Provincial Championship Final including a 2019 season that saw the Wolves top all competition at the 16U level. Ehmann was part of a Wolves team that won the Peg City Tier 1 League Championship in 2018 and the Peg City Tier 2 Showcase in 2019. She was also selected a tournament all-star and MVP at the 2017 Manitoba Magic season opener tournament.

"Danielle is a complete all around player," said CMU head coach Joe Di Curzio. "She can light it up from the outside, she can really attack the basket with great finishing moves, she can find an open player and along with that, she is a terrific defensive player who was always counted on to shut down the opposition's top guards in high school."

Members of the CMU women's basketball team recently returned to training that includes 3-on-3 under the new eased restrictions as outlined by Basketball Manitoba and approved by Manitoba public health. The Blazers are preparing to get back on the court for competitions in 2021-22, playing in an increased 16-game NIAC conference regular season and will be welcoming a new Manitoba program at Université de St-Boniface to the MCAC in 2021.