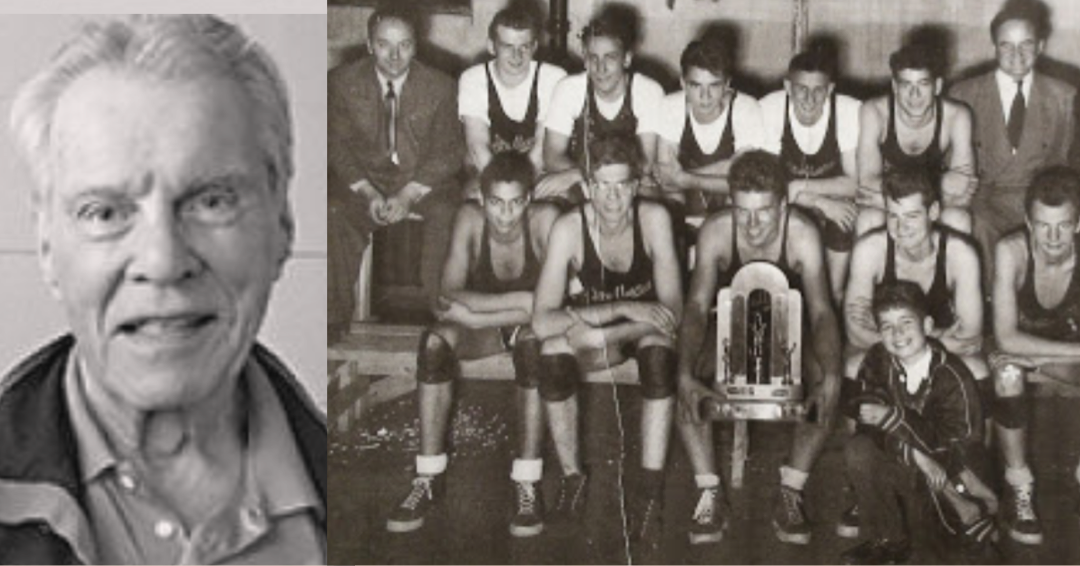 It is with sadness that the Manitoba Basketball Hall of Fame and Basketball Manitoba announce the passing of Mike Skwark. Mike was the team captain of the great Winnipeg Stellars teams that won two National Junior Championships, 1950 and 1951.

The Stellars were outstanding representatives of Manitoba whose great team play, and sportsmanship were well known coast to coast at a time when junior basketball was at its best. The team was named after Stella Mission in Winnipeg's North End and were coached by the legendary Martin Terry. The Stellars teams were inducted into both the Manitoba Basketball Hall of Fame (1983) and the Manitoba Sports Hall of Fame (1995).

In this team picture, Mike is in the front row (middle) holding the Junior Championship Trophy which is now on display at our Hall of Fame and Museum.

Our sincere condolences go out to Mike's wife, Ruth, his family, friends, and teammates. 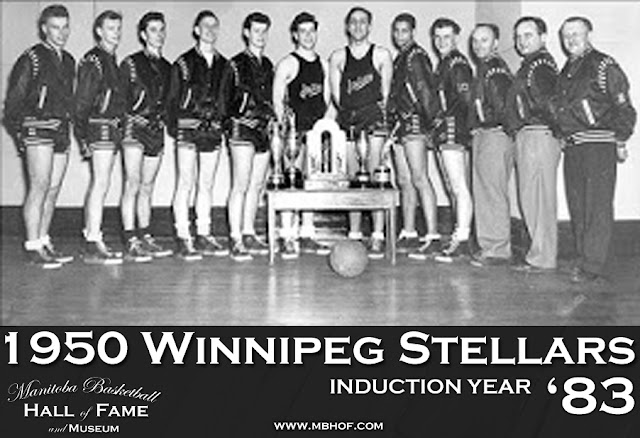 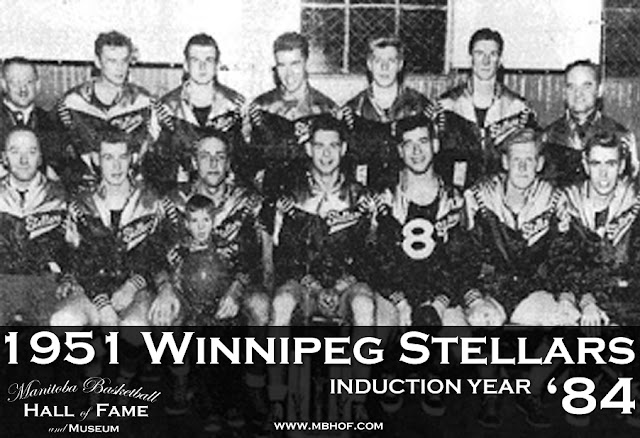