Hall of Fame News: In Memory of Roy Williams 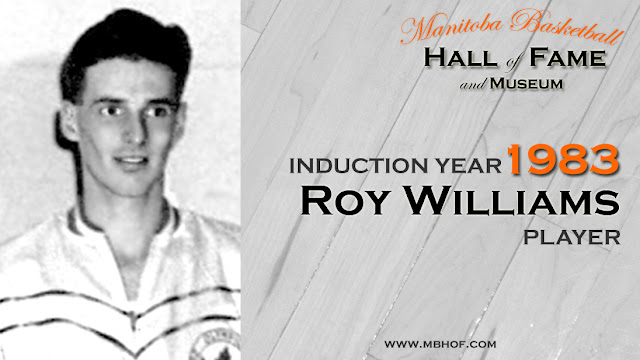 With sadness, Basketball Manitoba and the Manitoba Basketball Hall of Fame and Museum announces the passing of Roy Williams. A graduate of Gordon Bell High School and Junior League basketball, Roy played for five years at the University of Manitoba from 1945 thru 1950. He became an instant star, leading his team in scoring and rebounding in each of those years.

While playing for the "Bisons", he was an impact player for the Winnipeg "Paulins" that won Provincial Championships in 1948 and 1949. From 1951 thru 1953, Roy played for the Varsity "Grads" in the Senior "A" League. During that time, he was a League All-Star each year and the League MVP twice.

In 1952, he was selected to represent Canada at the Olympic Games in Helsinki, Finland. He was inducted into our Manitoba Basketball Hall of Fame as part of the original group in 1983 and the Manitoba Sports Hall of Fame in 2009.

Our condolences go out to all of Roy's family and friends.