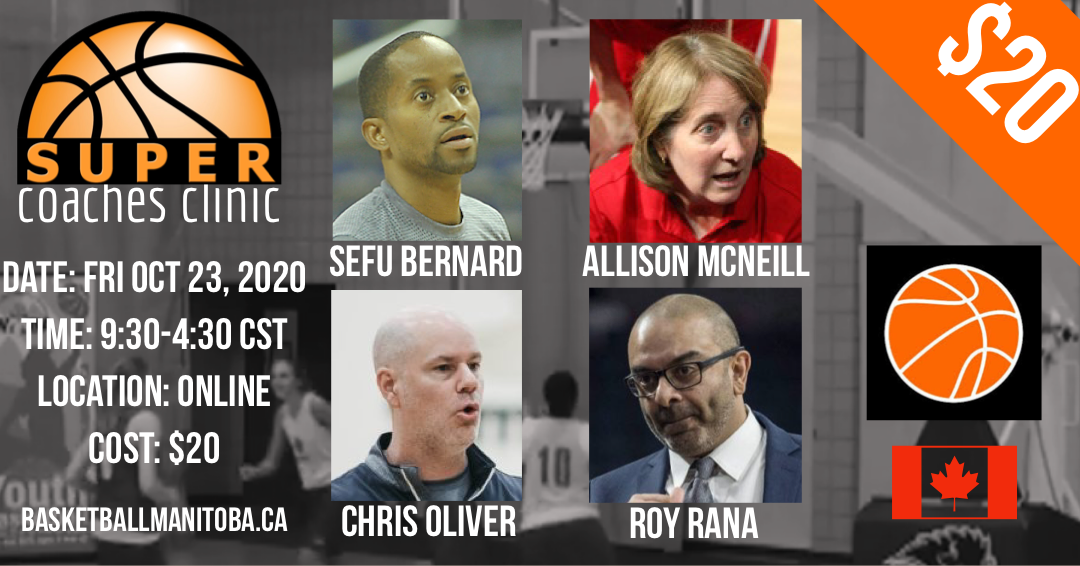 UPDATE: All registered coaches for the 2020 Basketball Manitoba Super Coaches Clinic have been emailed the connection links to join the clinic which starts Friday, October 23 at 9:30 AM Central time online.

Basketball Manitoba is excited to announce the details on the 11th annual 'Super Coaches Clinic' scheduled Friday, October 23, 2020.  Due to the ongoing pandemic issues in the community, it will be shifting the event to be an online virtual clinic this year.  The clinic will run at the same time as the province-wide 'SAGE' in-service day and is registered as a professional development event by PHE Manitoba.

The line up for the day will include...

CLINIC NOTES:
Basketball Manitoba thanks for the following organizations for their support of the Super Coaches Clinic... 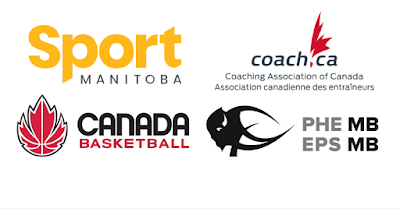 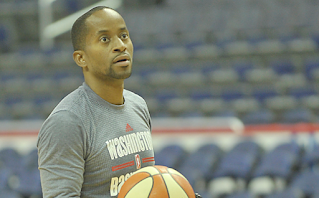 Sefu Bernard is the Director of Player Development for the 2019 WNBA Champion Washington Mystics.  He has cut his teeth over the past 20 years working in the NBA (domestically and internationally), WNBA, NHL; and, within an international context with Canada Basketball and FIBA. He knows first hand how the “haves” are applying sport science research to athlete development.
He didn’t stop there though. He has complimented that professional experience with opportunities to work with athletes and coaches at the other end of the performance and participation spectrum: the “have nots”.
From three year olds to 30+ year olds, North America to Asia (and in between), able-bodied to wheelchair bound, male and female; also, those with varied learning capabilities, Sefu’s experiential background affords him a unique – and practical – global perspective on the opportunities and threats to applying cutting edge research to peak performance in athlete and team development.
Sefu is one of you. A graduate from the University of Windsor with a Bachelor’s degree in Human Kinetics and Sports Management, he enjoyed many personal and team successes as the starting point guard and team captain for the Lancers (University of Windsor’s basketball team). He was twice nominated for the Ken Shields TSN Award for outstanding achievement in basketball, academics, community involvement and leadership, and was a multiple recipient of the Benny Crowley Memorial Award for academic success (1997 to 2000). He is currently an assistant coach for player development with the WNBA’s Washington Mystics. 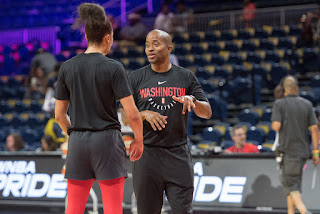 From 2012 to 2014, Sefu was the Senior Director of Basketball Operations for the NBA in Asia; overseeing the management and continued growth of the NBA’s coach and player development initiatives throughout Asia and Oceania.
As National Development Coach and National Head Coach for Canada Basketball’s 'Centres for Performance' (2007 to 2009), Bernard oversaw the development of a national player development curriculum and played a leadership role the training and development of the numerous athletes and coaches that have participated in Canada’s various national and Olympic team programs. Prior to that, he was the Ontario women’s provincial Centre for Performance head coach (2005 to 2007); and an assistant coach from 2001 through 2005.
From 2006 through 2012, Bernard was the technical director for PGC Basketball (formerly Point Guard College), overseeing the development of the technical curriculum, course directors and video instruction for North America’s top basketball instructional program. Prior to that, Bernard worked with the Toronto Raptors Basketball Club, serving as Manager of Player Development and Player Programs from 2005 through 2007 and Coordinator, Basketball Development from 2002 through 2005. Between 2000 and 2002, he worked for the Toronto Maple Leafs.
Over the years, Sefu has visited some of the top player development hotbeds in the world; including: Spain (Senior Men’s National Team, FC Barcelona, Real Madrid, Estudiantes), Italy (Benetton Treviso, Virtus Bologna), Germany (Bayern Munich), Turkey (Fenerbahce); and in other countries like Serbia and Argentina.
A coach by training and a teacher by calling, Sefu is a NCCP certified coach and holds a FIBA/IOC certification.
Learn more about Sefu at... https://sefubernard.com/aboutsefu
-- -- -- -- 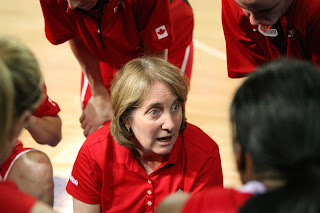 Allison McNeill guided the Canadian Women’s National basketball team to their first appearance in the Olympic Games since 2000 and equaled the best performance ever by a Canadian Women’s Basketball team. She served as Canada’s Senior Women's Basketball Team Head Coach from 2002 to 2012 and has led Canada to two World Championship (2006 and 2010) appearances as well. After an illustrious 13-year career at SFU, advancing to 3 NAIA Final 4’s, she served as the Associate Head Coach at the University of Oregon helping the Ducks to the WNIT title in 2002 and an NCAA tournament spot in 2005.
Allison is currently coaching at Semiahmoo Secondary School and has been since 2015.  They are back to back Provincial Champions at the 4A (top) level and have had two undefeated seasons vs. BC High School competition.  The Coaching Association of Canada awarded her the Geoff Gowan Award recognizing her lifetime contribution to coaching development in Canada.
University of Oregon Associate Head Coach 2001 - 2005
Simon Fraser University Coach 1988 - 2001
Head Coach Canadian Junior National Team 1998 - 2000
COACHING AWARDS:
Learn more about Allison at https://bcsportshall.com/honoured_member/allison-mcneill/
-- -- -- -- 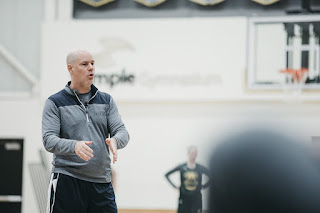 Chris Oliver is the founder of basketballimmersion.com and The Basketball Podcast with Chris Oliver basketballimmersion.com/podcast.
As an expert in basketball decision training, he coaches, trains and mentors, coaches maximize their players' potential and enjoyment of practices and games.
What he is most passionate about in his work is sharing evidence based coaching ideas that can stimulate your coaching to get better results.  The goal is to improve your player retention and transfer of the things you teach to performance. You can learn more about concepts like messy learning, constraints based coaching, maximizing active learning time, adding decision-making to drills, and much more in the numerous blogs he shares at basketballimmersion.com/category/blog/

After coaching for over 20 years, completing his Master’s degree, travelling to globe to watch NCAA, NBA and Pro teams from around the world, Chris saw the need for more education on a games approach to coaching basketball and training methods to support this. He created Basketball Decision Training (BDT), to bridge the gap between skill development and game applications of those skills. 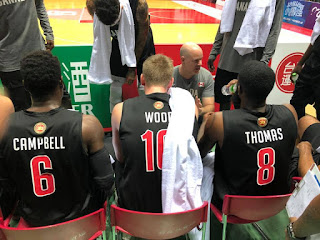 Chris also shares his games approach to coaching, practical evidence based drills and decision training concepts openly through in person, and online learning. All of these concepts have been taught globally through online sharing, camps, clinics, private mentoring and consulting with individual coaching and teams’ staffs. Chris has travelled to Sweden, Australia and New Zealand to spread his ideas. He has also spoken at major coaching clinics in the United States, including the Florida Clinic, Coaching U, the Tasman Clinic, the Rising Coaches Clinic, as well as a number of state coaching association clinics.
Learn more about Chris at... https://basketballimmersion.com/about-basketball-immersion/
-- -- -- -- 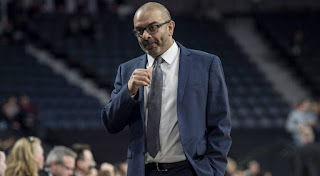 Roy Rana has 25 years of coaching experience at the international, collegiate, and high school level and is widely regarded as one of the most decorated coaches in Canadian history. Rana recently served as head coach for Canada’s Senior Men’s National Team during the 2019 FIBA World Cup Americas Qualifiers where he led Canada to a 10-2 record and a first place finish in Group F to secure a 2019 FIBA World Cup bid. Rana also finished his ninth season as the head coach at Ryerson University in Toronto, Ontario, Canada where he helped guide the Rams to a 31-7 record during the 2018-19 season and a bronze medal finish in the 2019 U SPORTS Men’s Final 8 tournament. Rana ended his tenure at Ryerson with an overall record of 195-87 after being hired as the Rams’ head coach in 2010. Under Rana the Rams made 6 National Championship appearances in his 9 seasons.
Rana led Canada to a historic first ever World Championship in FIBA competition, at the 2017 U19 Basketball World Cup in Cairo Egypt. Rana also led Canada to a Bronze Medal at the 2010 U17 World Cup in Hamburg Germany. Rana has led Canada’s age group teams to numerous medals in FIBA Americas competition over the past decade.
Rana became the head coach of the World Select Team for the Nike Hoop Summit in 2011 and served in that role until 2019 as he guided the World Team to Nike Hoop Summit titles in 2012 and 2013, 2015, 2018 and is now the longest serving and winningest Head Coach in World Team history. Over twenty of his World Team alumni are now in the NBA. Rana was the head coach for Canada’s Cadet National Team in 2009 and 2010 as Canada won the bronze medal in 2010 and qualified for the country’s first World Championship in 2009 as he was an assistant coach for Canada’s Senior Men’s National Team in 2009 as that team also qualified for the World Championship. Rana’s International experience started in 2006 when he was an assistant coach for Canada’s Junior Men’s National Team who qualified for their first ever Junior World Championship and during that same year Rana led the Senior Men’s select Team as their head coach. 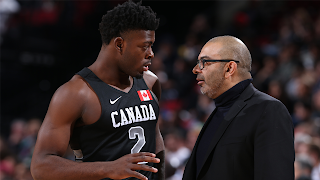 Born in Wolverhampton, England, Rana grew up in Toronto where he began his coaching career in 1994 at CW Jeffery’s HS. In 2000 at Eastern Commerce Collegiate Institute, a public high school in Toronto he entered one of the most prolific stages of his career. Over the course of his nine years as the head coach at Eastern Commerce, Rana’s teams finished seven of the nine seasons ranked No. 1 in Canada as he finished with a 256-39 record as head coach of the Saints and won a record 5 Ontario Championships. He was awarded many accolades during the nine-year span, including the 2009 High School Coach of the Year in Canada Award, 2003, 2004, 2006 Canadian High School Coach of the Year and the 2003 Toronto Sun High School Coach of the Year. Rana also was the Head Coach of Ontario’s U17 Provincial Team where he led the team to the 2004 and 2005 National Championship while also bringing Ontario it’s first ever Canada Summer Games Gold Medal in 2005.
Learn more about Roy at https://www.nba.com/kings/roster/roy-rana

The following is the current presentation schedule for the day.  Please note that both presenters and topics are subject to change.  The below schedule will be updated immediately if any changes were to be made.
Each presentation will be done virtually using an online video webinar format.  Each presentation will run 60-75 minutes each with the remaining time opened up for a Q & A session with the attendees and presenter. 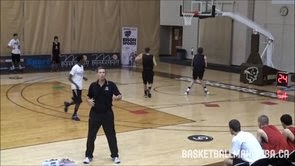