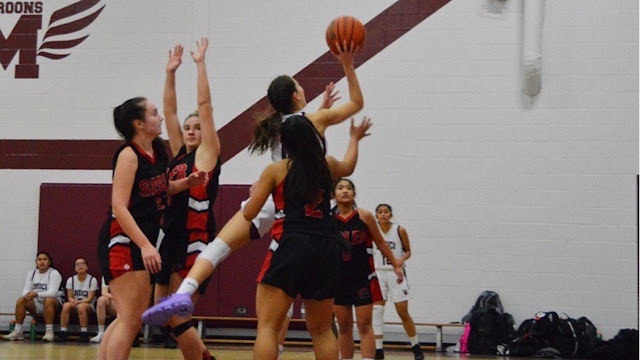 The Algoma Women's Basketball team has announced the commitment of Bethany Balaktsis. Bethany is a 5'8 wing from Winnipeg, MB where she played high school basketball at Daniel McIntyre Collegiate Institute. 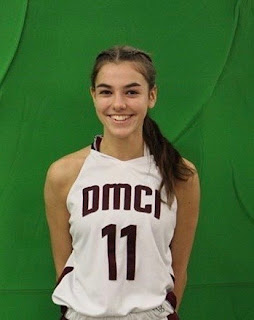 "We are getting another solid recruit from DMCI. I know the coaching staff there has done everything they can to prepare their players for the next level mentally and physically. Being able to watch one of their practices was key in knowing Beth has what it takes for the next level." Said, Coach Vetrie

Bethany will be enrolled in the Bachelor of Science Program. In her spare time, she likes to spend time with friends and family as well as her dog Shubie. She also enjoys camping, spending time outdoors and of course listening to Harry Styles.

Bethany's high school success is no surprise as she has worked hard to help her teams in any way that she could. Along the way she has been DMCI Girls basketball MVP for the last 3 years and was awarded the DMCI Varsity Girls Athlete of the Year 2020. She also picked up a 1st-team All Manitoba Girls Basketball 2020, Basketball Manitoba Graduating All-star 2020, Varsity Girls City Championship All-Star team and was ranked #4 in the Winnipeg Sun's Top 10 Girls Basketball Players in the province 2020. One of her favourite moments of the year was knocking off the first ranked team in the province with her high school team in this year's city championship playoffs. 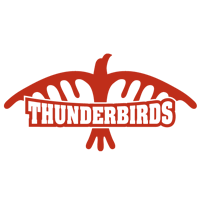 "Beth is a spark plug that leads by her voice and her hard-nose mentality. She has an innate intensity that fuels her and her teammate's gameplay. Pair that with Ryan's ability to develop players, I can see her being key to the program later in her career." Said Wyatt Anders, DMCI Head Coach.

"Beth is going to fit in perfectly with where we are trying to go for the next couple of seasons style-wise. She is a versatile player who has all of the intangibles. Her work ethic, competitiveness & communication in practice is what really caught our eye and seeing it all come out in their city championship playoffs was great. She has a defensive awareness and drive that can't always be taught along with her creativity attacking the hoop is something that sets her apart. She has a lot of potential." Added, Coach Vetrie

Here's what Bethany had to say about why she chose Algoma University for the 20/21 season: "I chose Algoma for the great basketball program as well as academics. I am most excited to develop new relationships with team members as well as contribute my abilities to the team! "