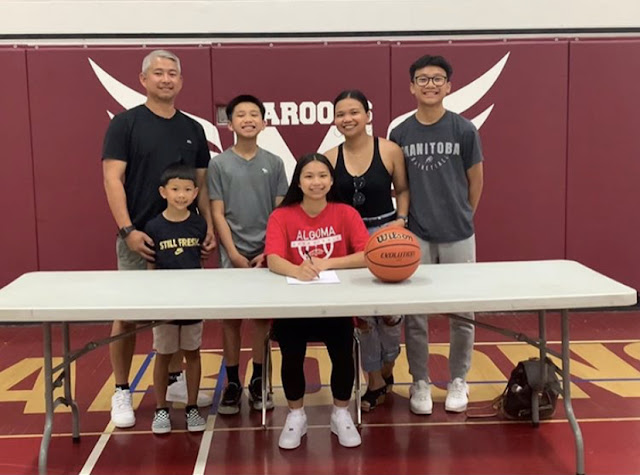 Basketball Manitoba is pleased to announce that Gracie Batongbakal of Winnipeg has been named a recent recipient of the Sport Manitoba 'Women to Watch' athlete grant.  Along with the news of the Sport Manitba recognition, she has also made news by recently committing to the Algoma University women's basketball team in Sault Ste. Marie, Ontario this fall and will suit up for the Thunderbirds which plays in the OUA at the USPORTS level.

Gracie has been active in basketball for many years and was a member of the Daniel McIntyre Collegiate varsity girls basketball team this past season.  She was named a Graduating All-Star by Basketball Manitoba in April in recognition of an outstanding grade 12 season.  She has committed to attending Algoma University 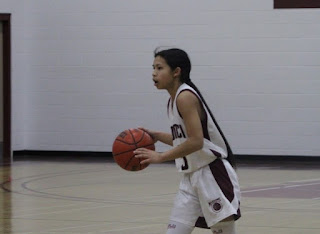 "Gracie is a pure point guard. She has the court vision, creativity, passing ability and unselfishness that you look for in a player at that position." said Coach Vetrie of the Thunderbirds.

Gracie will be enrolled in the four year Bachelor of Science Biology program. Along with basketball, in her spare time she likes to go on road trips with her family, play the guitar and listen to music.

Gracie has had a successful basketball career at the high school level. In 2018 she helped lead her team as the conference champions. She was an All-Star at the Pembina Trails & Glenlawn Invitational Tournament and MVP at the Daniel McIntyre Invitational Tournament in 2019. In this past year, Gracie was awarded the Most Defensive Player award at the Piper Classic 2020 as well as she was a Winnipeg School Division Basketball Conference All-star.  Gracie also had the honour of being ranked # 9 on the Winnipeg Sun's Top 10 High School basketball players of 2020.

"The point guard position is an important one and we believe we are getting someone who has potential in becoming a very strong point guard at the USPORTS level. Gracie has the motivation and work ethic to continue to expand her game. She has all the tools to be very effective with ball screen decision making. She has been well-coached and is prepared to make the next step" added Coach Vetrie.

"Gracie has the character traits of a higher level player that tends to have five-year USPORTS basketball careers. She possesses the talent to make a team and with her dedication along with a hard-working mentality, she can thrive in a five-year career at Algoma. Ryan (Vetrie) secured a top-notch Winnipeg talent." said Wyatt Anders, DMCI Head Coach.

Gracie had this to say about making her decision on attending Algoma for the 20/21 season: "I've always dreamed of playing at the next level and I'm thankful for this amazing opportunity to play at Algoma University. I chose Algoma because Coach Ryan and his ability to stay committed and determined to execute success inspires me. I look forward to playing with the Thunderbirds and learning ways to excel as a student-athlete. Studying and living in a new city is a big decision that I am willing to make and I am very excited for this experience. I can't wait to learn more about Algoma, the team, and the city of Sault Ste Marie."

In partnership with Basketball Manitoba, Sport Manitoba Coaching provides a monthly grant of $500 to a female athlete, team, official or volunteer to assist them in enhancing their women in sport career.

Past basketball recipients of this award include...  VIEW MORE PAST RECIPIENTS 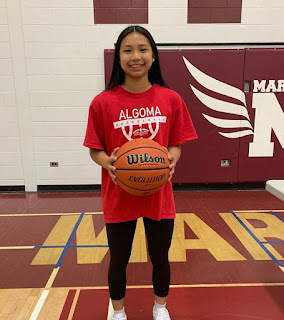