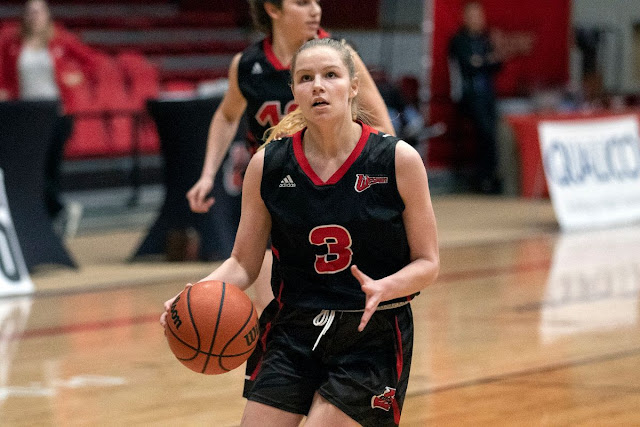 Anna Kernaghan has been singled out as one of the finest freshmen in the Canada West conference.
Kernaghan, the first-year guard on the Winnipeg Wesmen women’s basketball team, was one of five players named to the all-conference rookie team as the Canada West announced its all-stars on Thursday.

The product of Sturgeon Heights Collegiate, who was the province’s No. 1-ranked player out of high school, showed herself more than ready to make the leap to university basketball, starting all 18 conference games in which she played. She was injured for two games early in the season and then started the next 16.

She averaged 13.1 points per game in the second half of the season.

Her shooting improved as she went on, as well, knocking down 36 per cent from three in the second semester to finish the season at 34.8 per cent from the perimeter, second among all freshmen in Canada West.

Kernaghan logged a team-high 33.3 minutes per game which was tops among all rookies and ranked fifth overall in the conference.

Her 83.3 per cent rate at the free-throw line was also among the best in Canada West, ranking fourth.
Kernaghan also averaged 3.3 assists and 3.2 rebounds per game.

It is the fourth straight year the Wesmen have landed a player on one of the conference all-star teams and sixth time in the past seven seasons.

Kernaghan becomes the second Wesmen player named to the all-rookie team in the past three seasons, joining Robyn Boulanger who earned the honour in 2017-18.