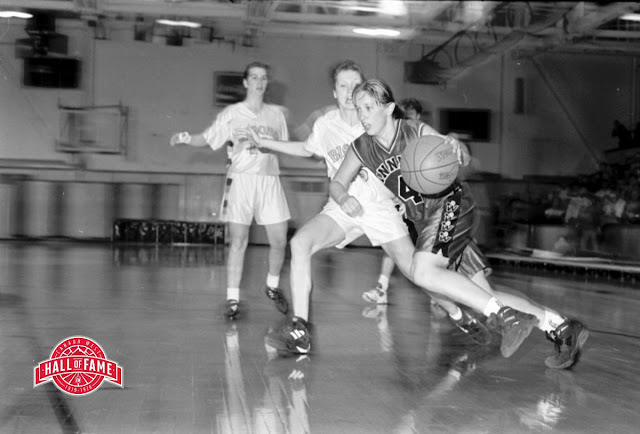 One of the greatest basketball dynasties in Canadian university sport has been selected to the Canada West Hall of Fame.

The UWinnipeg Wesmen women's basketball teams of 1992-95 (also inducted in the MBHOF as part of the Class of '07), which won three straight national titles and ushered in an unprecedented win streak for the sport in Canada, were announced Wednesday as the latest inductees to the Canada West conference's new Hall of Fame.

After volleyball had established itself on the UWinnipeg campus with men's dynasties in the 1970s and women's in the 1980s, women's basketball took over in the 90s. The Wesmen won the national title in 1993, 1994 and 1995 but arguably their most notable accomplishment came in the form of The Streak. 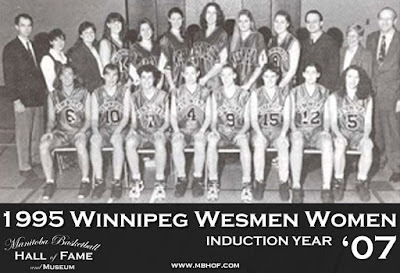 Winnipeg's run from October 1992 to December 1994 with 88 straight games without a loss set a mark for basketball in Canada that has not been equalled to this day. At the time, the win streak matched that of the historic UCLA Bruins men's teams and has only recently been eclipsed by the UConn Huskies women's teams of the NCAA.

But the Wesmen's win streak didn't just include wins over Great Plains Athletic Conference teams or CIAU squads. The Wesmen beat teams from around Canada but also scored victories over the likes of NCAA Division I teams like Southern Methodist and Wisconsin-Green Bay as part of the 88 straight.

While running through the competition for three straight seasons, the Wesmen were lauded with a number of individual awards, led by Hall of Fame guard Sandra Carroll.

Carroll was a four-time all-Canadian and three-time first-team all-Canadian winning the Nann Copp Award as the country's best player three years in a row. She was named the national championship MVP in 1994 and 1995.

The Wesmen also had Andrea Hutchens as a two-time all-Canadian and head coach Tom Kendall was named the CIAU coach of the year in 1993 and 1994.

A special ceremony honouring those teams will take place prior to the Wesmen women's basketball game against the MacEwan Griffins on Friday at 6 p.m. at the Duckworth Centre.