Home Headlines Bisons Men's Basketball Ranked No. 8 in U SPORTS, Highest in 25 Years

Bisons Men's Basketball Ranked No. 8 in U SPORTS, Highest in 25 Years 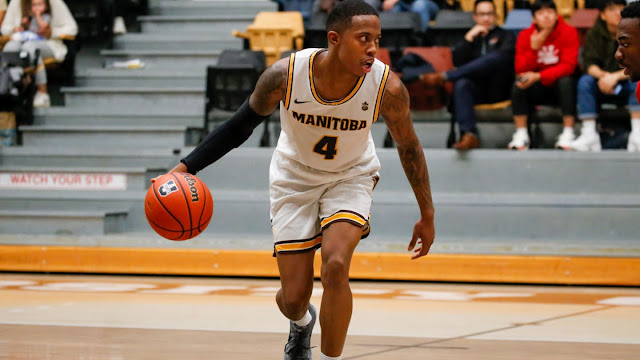 The Manitoba Bisons men's basketball team have reached their highest U SPORTS ranking since 1995, as they enter the week ending February 2, 2020 as the No. 8 team in the country.

It is the highest national ranking since Kirby Schepp became head coach of the men's basketball program in 2009-10. Schepp previously coached the team to a No. 9 ranking twice — two weeks in February-March 2016 and in last week's rankings (January 21).

This season, the Bisons are 14-2 in conference play and have yet to lose a game in regulation. Their two losses on the season — to Lethbridge and then-No. 9 Saskatchewan — came in overtime.

Manitoba has been an excellent defensive team this season, second in Canada West in opponents' three-point percentage (28.6), second in blocks (3.4), and seventh in points per game allowed (77.6). Their leading scorer has been fifth-year guard Rashawn Browne, who is ninth in the conference at 18.1 points per game.

The Bisons are on the road this weekend as they play a pivotal matchup against Victoria. They finish their regular season next weekend at IGAC, February 7-8, against the Brandon Bobcats.