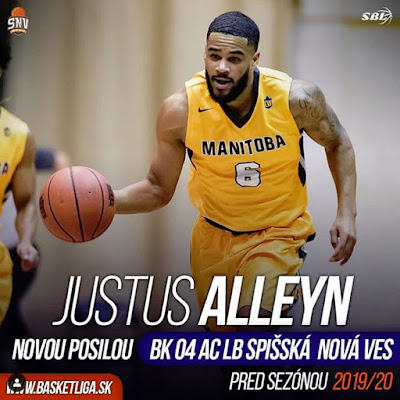 Congrats go out to Manitoba’s Justus Alleyn on signing a new professional basketball contract to play in Slovakia for the 2019-20 season.  He is with a club called Nova Ves which is in the top league in the country.  This past season and his first as a pro, he played in the Czech Republic averaging 11 points, 3 rebounds and 3 assists.

In the spring of 2018, he represented Canada along with fellow Manitoban and coach Kirby Schepp at the Commonwealth Games in Australia where they brought home a Silver Medal.

Justus is an alumnus of the Manitoba Provincial Team and Centre for Performance Programs and finished a successful 5-year career at the University of Manitoba in 2017.

More information on his new club can be found at http://www.basketliga.sk.