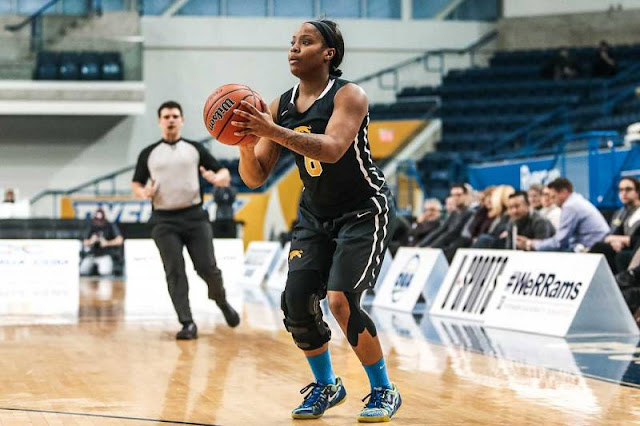 Sister of former Rams superstar Keneca Pingue-Giles and Manitoban, Kyia Giles is set to transfer to Ryerson after spending the last three years at the University of Regina.

"We are excited to add another member of Pingue-Giles to the Ramily,” says Ryerson Head Coach CarlClarke. “Kyia has demonstrated the ability to be an impact player at the U SPORTS level.”

The Manitoba native has played in the Canada West finals for the last three years, earning a silver medal in 2017 and 2019 while taking home the championship in 2018. She has also competed in the U SPORTS Final 8 National Championships in three consecutive seasons, taking home a national bronze in 2018.

Last season, Giles averaged 20 minutes per game while contributing 5.8 points, 1.9 assists, and 1.3 steals on 33.6 percent shooting. Her sophomore season was her best at the U SPORTS level so far; Giles racked up 241 points (8.9 per game) in 27 regular-season contests.

Kyia (pictured front row, centre) was a member of the 2014 Manitoba 17U Provincial Team that won a Gold Medal at the Canada Basketball National Championships.  She is a graduate of Sisler High School.

“Her competitiveness and athleticism will positively impact our team on both ends of the floor,” says Clarke.

Giles is set to study Politics and Governance at Ryerson.