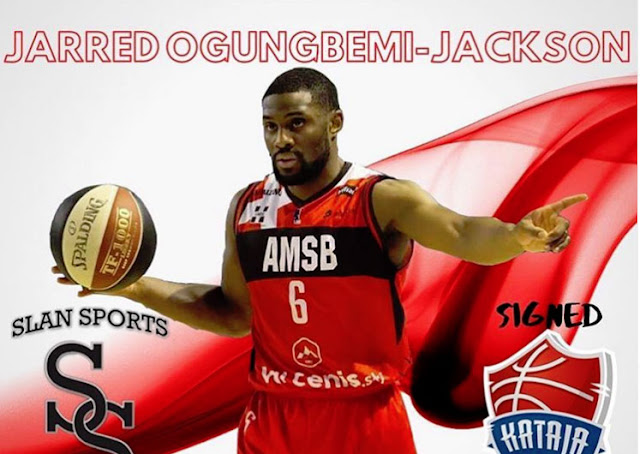 Congratulations to Manitoba's Jarred Ogungbemi-Jackson who has signed a one-year deal with Kataja in Finland and FIBA Europe Cup for the 2019-20 season! The Winnipeg native spent his fourth pro season in France Pro B, where he averaged 13.1 points, 3.3 rebounds and 3.1 assists in 28.6 minutes per game while shooting an efficient 52.3 from inside the arc, 39.6% from beyond the arc, and 87.9% from the charity stripe.

Jarred was a 2-time AAAA Boys Manitoba Player of the Year in 2008 and 2009 at Garden City Collegiate.  He went on to 5 successful years with the University of Calgary Dinos and was a member of the Canadian National University team in 2015.

Jarred was recently honoured as an Alumni of the Canadian National Men's Team program at the Canada vs Nigeria basketball game held on August 9 at Bell MTS Place.