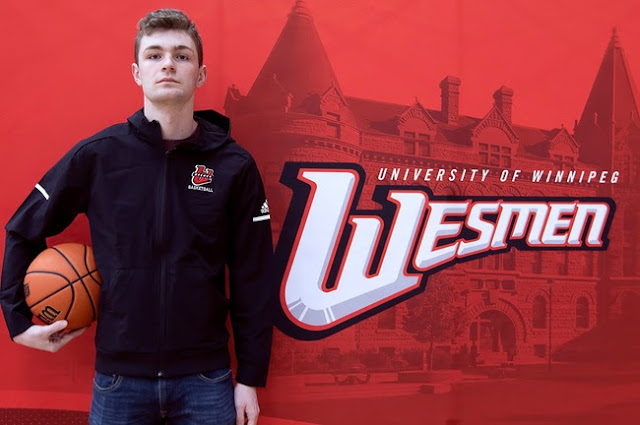 Less than a month removed from celebrating a provincial championship, Donald Stewart has already found the next challenge in his basketball life.

The 6-foot-7 forward out of Vincent Massey Collegiate has committed to Mike Raimbault's Winnipeg Wesmen men's basketball program as part of the 2019-20 recruiting class.

Stewart will study communications at UWinnipeg and will have five years of eligibility. He is the first announced recruit of Raimbault's 2019 class.

Stewart helped the Trojans varsity boys program to a AAAA provincial title in March and was named the No. 10-ranked player in the province in the Winnipeg Sun's annual coaches poll. He averaged better than 20 points and nine rebounds per game as a senior with the Trojans, who are coached by former Wesmen guard Nick Lother.

"Probably the summer before the start of Grade 12 I started to think OK, this is the time to really give it some thought and really buckle down and think about where you want to play," Stewart said. "I met with Mike right before my Grade 12 basketball year … and I was really liking everything he was saying about the university, about the team. I really wanted to play here."

"I think his strength is his decision-making on offence," Lother said. "He really sees the game of basketball at an advanced level, not necessarily in making shots or breaking down defences, but possession-to-possession he really understands the game and is able to apply a lot of information at the same time, which allows him to be a positive contributor to any basketball team." 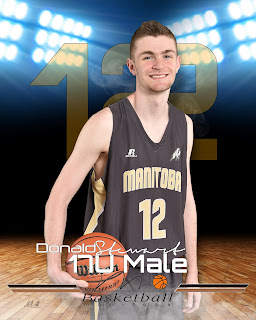 "I think he's obviously a guy who's been in a lot of big games," Raimbault said. "He's had a lot of success over the course of his high school career. He makes smart decisions and really understands the big picture of the game and what needs to get done for everybody to be successful."

Stewart said he was particularly influenced by the chord Raimbault struck with him as a player.

In addition to cracking the top 10 in this year's Sun poll, Stewart was an honourable mention in 2017-18 when the Trojans were provincial finalists.

He has represented his province multiple times, including in 2017 at the Canada Summer Games in Winnipeg.