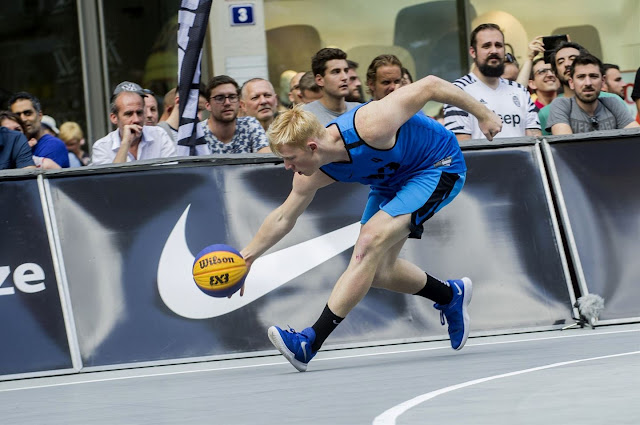 Rudicky, 20, is a 6'5" forward who previously had a well-known 3x3 career at the international level. Playing for the Czech Republic, Rudicky competed with the national team at the FIBA 3x3 World Tour in 2017 and 2018. He is the youngest player in the history of FIBA 3x3 to play in the European Championships and World Tour, doing so at age 18.

"It has been a long journey to bring Vojta to Canada and we are very happy that he is finally with us," said Bison men's basketball coach Kirby Schepp.

"He has been able to train with the team the past couple of months and I am confident he can be an impact player for us. His international experience and maturity will help us and we are excited to see what he can do in Canada West."

"When choosing where to continue playing basketball, I gave myself a couple of points that I wanted," said Rudicky.

"First, I wanted to try and live somewhere bigger than the Czech Republic. The next was education –  because I want to finish my degree –  and basketball. The University of Manitoba checks all these boxes. I think that we have a good brotherhood here. There is nothing that I don't like."

Bison men's basketball finished the 2018-19 season with a record of 10-10, losing in the Canada West play in round to Winnipeg. They have qualified for the playoffs in five straight seasons under Kirby Schepp, peaking with an appearance at the U SPORTS Final 8 in 2016-17.