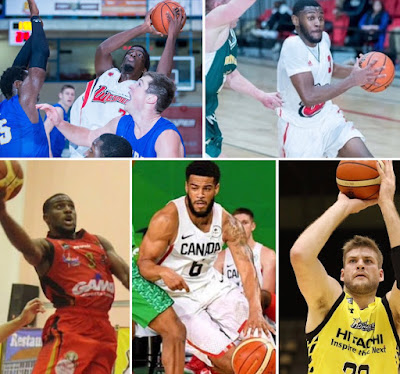 The Canadian Elite Basketball League (CEBL) has announced the results of its 2019 CEBL Entry Draft and U SPORTS Draft, which was held Saturday, March 16. Athletes with a Manitoba connection included Jelane Pryce, Narcisse Ambanza, Jarred Ogungbemi-Jackson, Justus Alleyn and Chad Posthumus (pictured in that order above).   The CEBL provides homegrown athletes with an exclusive opportunity to represent their communities and further their careers as professional basketball players.

The CEBL and U SPORTS announced a new partnership, giving the nation’s top basketball talent an opportunity to continue playing high-level basketball during the summer months.

The university players will then have the option to sign a CEBL development contract to play with the team holding their drafts rights during the season, before returning to their university program in the fall.

“We are excited to partner with the CEBL and give our men’s basketball student-athletes the chance to stay in Canada and pursue their dreams,” U SPORTS CEO Graham Brown told the Chilliwack Progress.

In a statement published to the CEBL website, league CEO Mike Morreale said a partnership with Canada’s top university sports league will “help grow the rising stars of basketball in this country.”

The CEBL tips off its inaugural season in May with teams in Edmonton, Saskatoon, Hamilton, Guelph, Abbotsford and St. Catharines. 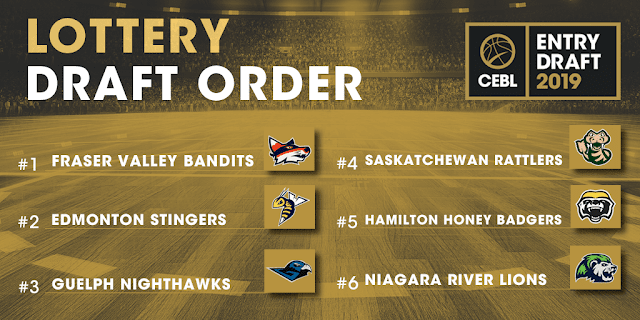 The first four rounds of the draft had a regional focus as CEBL teams selected players from their respective territories, allowing each team to have a nucleus of players from its own region.
Round 1


Open Rounds:
Commencing with Round Five, the draft opened up for all teams to select players from any region of the world. The following were the players drafted by each team in the open rounds:
Fraser Valley Bandits:

The rising stars of tomorrow – these rounds saw teams select emerging Canadian basketball talent currently playing in U SPORTS programs across Canada.
Round 1
Round 2
"It gives me immense pleasure to see such amazing talent represent the league and its six teams," CEBL CEO Mike Morreale said. "Congratulations to all the players who got drafted – it's a historic time for a Canadian basketball fan."

The CEBL, the official professional league partner of Canada Basketball, opens its inaugural season in May with franchises in Fraser Valley (Abbotsford), Edmonton, Guelph, Hamilton, Saskatchewan (Saskatoon), and Niagara (St. Catharines). CEBL teams will play a 20-game regular season from May 9 to August 15, culminating with a league championship playoff at a site to be announced.

"This is going to give our Canadian based student-athletes in basketball a real opportunity to continue to play at an elite level," U Sports president and CEO Graham Brown said. "Now with the CEBL, you can pursue both during the offseason and when your schooling is done, opportunities beyond U Sports basketball."
Source: https://www.cebl.ca/