Home Headlines In Memoriam UPDATED: In Memory of Peter Falk; 1956-2018

PUBLISHED ON November 05, 2018 Headlines, In Memoriam, 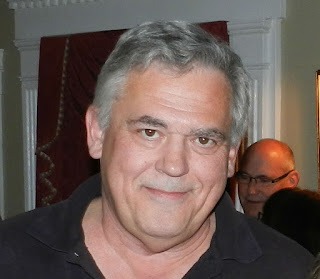 UPDATED: It is with great sadness that Basketball Manitoba and the Manitoba Basketball Hall of Fame marks the passing of Peter Falk. "The Bear", as he was affectionately known, passed away suddenly on October 26. Peter was well-known in our Manitoba basketball community, especially in the St. Vital area and at Dakota Collegiate.

As a player, he was a member of the 1974 and 1975 Dakota Lancers, MHSAA Varsity Boys Provincial Champions where he was once selected as the most valuable player in the provincial tournament. Both of his championship Lancer teams were inducted into our Manitoba Basketball Hall of Fame in 2003. He also coached the Sisler Spartans and then his beloved Dakota Lancers Varsity Girls' teams for many years leading them to back-to-back provincial championships in 1990 and 1991. In 1992, he was selected MHSAA Coach of the Year and also served as a Basketball Manitoba provincial coach.

He was known as a great man, a great teammate and a great coach. Furthermore, he was a highly respected lawyer in our provincial legal system. He will be missed. Our condolences go out to Peter's family and many friends.

Peter will be interred at 1:45 p.m., Tuesday, November 13, 2018 in Glen Eden Memorial Gardens, followed by a celebration of his life at 3:30 p.m. at 603 Wellington Crescent at Academy Road (Unitarian Church).

Read more about Peter and when service details are set at...