Basketball Manitoba is pleased to announce that it will be hosting a special athlete camp at the Canada Games Centre in Winnipeg as part of its High-Performance Camp series. The High-Performance Camp, lead by longtime NBA assistant coach Barry Hecker is set for October 19-20, 2018 and targets male and female athletes ages 11-15. 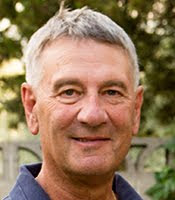 Hecker was the assistant coach with the Memphis Grizzlies, 2009-2013 working with Marc Gasol-defensive player of the year, Zach Randolph-NBA All-Star, Darrel Arthur, Hakim Warrick, Rudy Gay - USA Olympic gold medal winner, and DeMare Carroll. The Grizzlies
made the playoffs three of the years and came within one game vs the Thunder of winning the NBA Western Conference.

Coach Hecker has coached basketball since 1971. Twenty-one years in the NBA, along with coaching at the overseas level, professional, minor league, collegiate and high school ranks.

Prior to joining the Grizzlies on Jan. 27, 2009, Hecker served as an assistant coach with the Jiangsu Nangang Dragons during the 2008 China Basketball Association (CBA) playoffs, in which they won the first round of the playoffs for the first time in the history of the club. 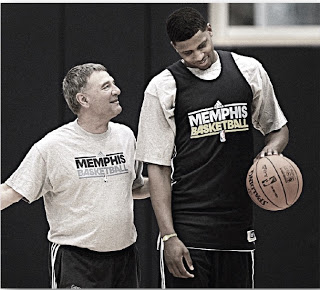 Hecker then moved to the Clippers bench for four seasons (1994-98) as an assistant under head coach Bill Fitch, helping Los Angeles back to the playoffs in 1997, and would later spend four years (2001-05) as the club’s director of player personnel working with Hall of Famer Elgin Baylor.

Before joining the Clippers, Hecker spent two seasons (1984-86) as the player personnel director for the Cleveland Cavaliers, helping assemble a core of players including Mark Price, Brad Daugherty, Ron Harper and Johnny “Hot Rod” Williams, that would turn the Cavaliers into a perennial Eastern Conference power in the late-1980s and early-1990s.

A popular and frequent speaker on the basketball clinic circuit, Hecker has been the director of numerous camps, including those of NBA Hall of Famer Adrian Dantley, Tyrone “Muggsy” Bogues, Xavier McDaniel, Andrei Kirilenko, Wes Mathews and Robert Horry. Director of the Adidas Superstar Camp, working with Kyle Lowry, Raymond Felton, Paul Milsap, Aaron Brooks, to name a few.  Internationally, Hecker has been invited as a guest speaker at clinics in China, Italy, Turkey, Puerto Rico and the Netherlands.  He has also written several basketball articles for Coach and AD and produced a CD for Championship Productions entitled Creating the Perfect Jump Shot. He also invented a shooting aid “GET IT UP SHOOTING HOOP."

The Washington, D.C. native received his bachelor’s degree from Frostburg State where he played basketball and baseball.  He earned his master’s degree in education from George Washington University and was a PPh.D candidate at Florida State. Hecker’s head coaching credits also include B.S. Leiden of the Dutch Professional League (1975) and Westminster College in Salt Lake City, Utah (1976-78) setting a Rocky Mountain Record with the team shooting 55% for field goals for a season. Coached the Clipper summer league team to two titles. 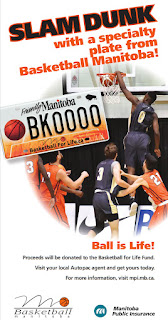 Can't see the form below?  CLICK HERE to view it in a new window.

Area Parking
During the day, street parking is metered and costs $2.00 for the first hour and $1.00 for every 30 minutes following.  Street parking is available for $2.50 an hour.  There are other area paid surface lots in the area which are managed by Impark.  See a live area parking map here.   The Canada Games Sport for Life Centre Parkade is accessible off of Alexander Ave (see below map).