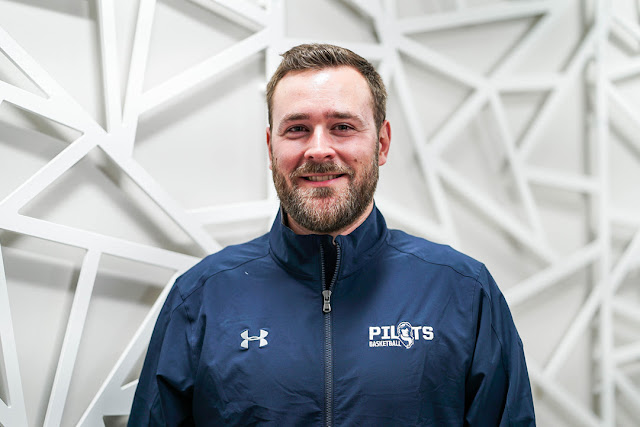 Hailing from France, Dubreuil brings an impressive basketball resumé to the Otterburne campus, having coached at departmental, regional and national levels. He also worked as a referee before moving to Canada to take over the Pilots men’s team and says he’s looking forward to meeting his new players.

“I am a hard-working coach, and I like my players to be hard-working as well,” he says. “Building relationships with my players is also important to me. I want to know them as much as I can to help them grow both on and off the court.”

Dubreuil explains that the club system in European basketball, as opposed to the collegiate set-up in North America, allowed him to be involved in numerous aspects of the sport while living in Rennes, in the French northwest. He started coaching and refereeing when he was 17-years-old and served as both a head coach and assistant coach through the country’s three tiers.

“Being both a player and a referee definitely helped me to understand the game in all its aspects and to improve me as a coach,” he points out.

He adds that the journey of a “new country, new language, new habits and new names to remember” can be tough, but that he continues to receive “amazing” help from the Providence community. “I feel blessed to be able to work with all these incredible people,” he says.

As to his first year in charge of the Pilots, Dubreuil is aiming high.