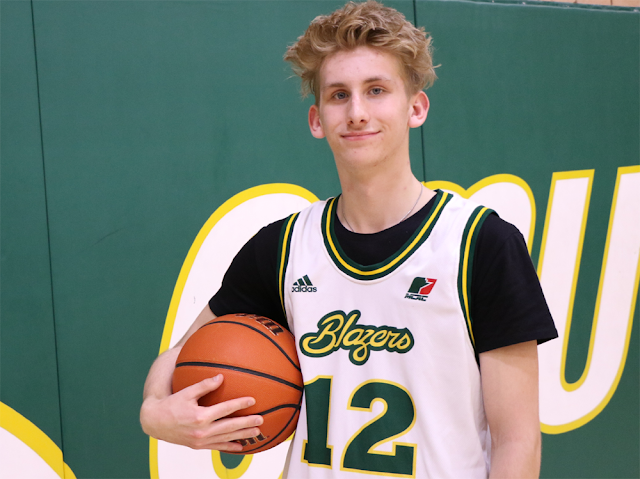 CMU Men's Basketball has announced the 2018 Manitoba High School 'AA' Boys Provincial Most Valuable Player and 2018 'AA" Player of The Year, Keegan Beer to the program for the 2018-19 season. The 6'2 guard led the Niverville Panthers to their first Manitoba Boys Basketball banner in 41 years, scoring 33.7 points and adding 10 assists per game in his senior year. Beer was selected a tournament All-star at Tec-Voc and led the Panthers to tournament wins at Neepawa and Niverville's own John Kipe Classic.

"Keegan is a great shooter who is athletic and always seems to be able to make the right play," said CMU Head Coach Billy Isaac. "He will be an exciting addition to our backcourt next year and I am looking forward to seeing him take his game even further as he faces challenges head on at the next level."

Beer was selected a 'A-AAA' Boys Graduating All-Star by Basketball Manitoba and the MHSAA last April.

Beer's high school success carried over to club basketball this spring as he earned Most Valuable Player honours in the under-18 division of Winnipeg's Philipino Basketball League wit the Hanover Huskies. The Huskies would finish 3rd at the 2018 Provincial Club Championships and also finished 3rd at the Grand-Am Tournament in Grand Forks, North Dakota.

With the 2018-19 NIAC schedule soon to be released, Beer and the Blazers open their preseason in Winnipeg on September 28 and 29 when they tip-off with the Briercrest Clippers and St. Mary's Lightning of the Alberta Collegiate Athletics Conference.