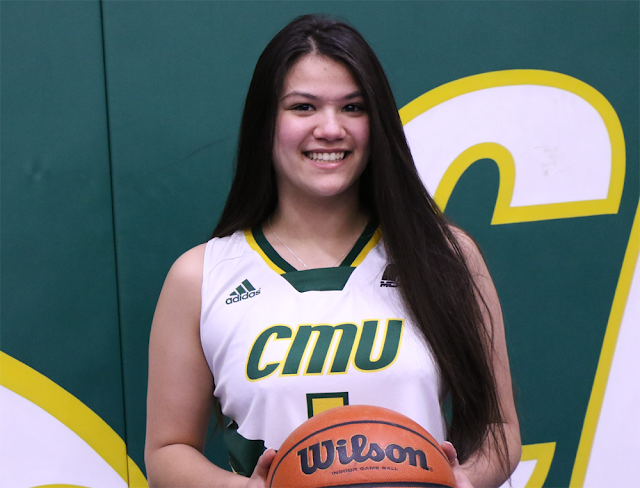 CMU Women's Basketball has announced the signing of Garden City Collegiate's Samarah Fangmann for the 2018-19 season. The 5'7 shooting guard averaged 14.1 points and 8.9 rebounds per game in her senior year of high school basketball en route to a 'AAAA' Graduating All-star selection last March.

As her team's captain, Fangmann and the Gophers went undefeated through the regular season in 2018 to win the KPAC Zone Championships but were eliminated in the quarterfinals of the MHSAA 'AAAA' Provincials.

"Sam is the kind of player that every coach would love to have on their team," said Garden City Coach, Bob Andruchuk. "She is a great team player on and off the court and does whatever it takes to help improve the team. I'm looking forward to how well she will do at the next level, and knowing her drive, I know it will be good."

Fangmann was selected as a Manitoba Provincial All-star in as a Junior Varsity player with the Gophers and a KPAC All-star at the JV and varsity level.

"We are very enthused to see Samarah join us," said CMU head coach Joe Di Curzio. "She is a very exciting player. She is able to shoot the long-range shot but also has the quickness to get to the basket and score. Her natural athletic ability will fit in perfectly with our up-tempo style of game."

Fangmann the Blazers open their 2018 Women's Basketball preseason at home on September 27th when they host the 2017 Alberta Collegiate (ACAC) Champions, St. Mary's Lightning in exhibition play. Watch for a full schedule release for CMU Women's Basketball, along with a complete list of MCAC and NIAC games for other CMU varsity teams, coming in early June.