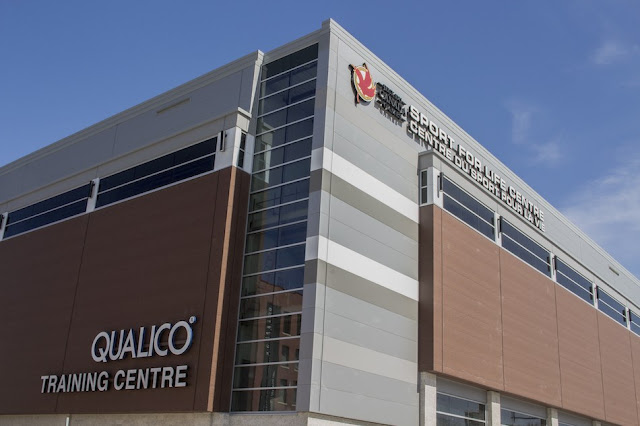 Sport Manitoba and Coaching Manitoba have announced an number of scholarships available to grade 12 students and new coaches in Manitoba seeking to pursue their education at the post-secondary level.  Full details are below...

The Manitoba Foundation for Sports (MFFS) scholarship program administrated by Sport Manitoba was established to support young athletes of Sport Manitoba partners, who continue to participate in amateur sport while pursuing a post-secondary education on a full time basis. The scholarships are awarded to graduating high school students entering a post-secondary institution and to students in their second or subsequent year in a post-secondary institution.
The program's emphasis is placed on athletes who have competed at the provincial level or higher during 2017/2018, and who have maintained a high level of academic standing, while showing a commitment to amateur sport through their involvement in coaching, officiating and volunteer activities. Preference will be given to athletes attending university or college in Manitoba and enrolled in a related field, pursuing a career in sport. The number and amount of scholarships awarded annually will vary, based on the number of applicants and the funds available for distribution.

The Bud Tinsley Sport Leadership Scholarship was created in memory of Robert (Bud) Tinsley by his family and friends to recognize a Manitoba student athlete who demonstrates similar leadership traits that were attributable to Bud. Bud was introduced to organized football in high school and his athletic career and contributions persisted from there. Bud had a reputation as a fearsome tackler and played that position for the Winnipeg Blue Bombers from 1950-1960, serving as the perennial team captain and played in Grey Cup championships in 1958 and 1959. His numerous awards included: induction into the Winnipeg Blue Bombers Hall of Fame, the CFL Hall of Fame and four time inductee into the Manitoba Sports Hall of Fame. In addition to his outstanding athlete results, Bud gave tirelessly of himself as active volunteer leader with the Shriners, community groups and the sport community throughout his life. The recipient of this $500 scholarship will be selected from among the successful MFFS Scholarship recipients.

Coaching Manitoba annually presents bursaries to four students who have demonstrated a commitment to coaching in Manitoba. Our goal is to encourage students to continue coaching while attending a post-secondary institution. Students who are, or will be, enrolled in the upcoming school term in post-secondary education and currently coaching for a school, club or community centre are invited to submit an application. One male and one female student coach from the Winnipeg region and one male and one female student from rural Manitoba will be selected to each receive a bursary of $500 to be used toward their tuition.

This national sport studies scholarship is intended to stimulate thoughtful examination of values-based and ethical sport.

It was established in 2014 by Lyle Makosky to help support the work of the True Sport Foundation (TSF) and the Canadian Centre for Ethics in Sport. The fund’s capital is held and invested by the Community Foundation of Ottawa and annual earnings are used by the TSF to support financial awards in the area of values and ethics in sport. In 2018-19, the Fund will award a minimum of two $2,000 scholarships to two successful applicants. The application deadline for this award is April 30, 2018 (for the 2018-2019 Sept/18 – April/19 academic year).