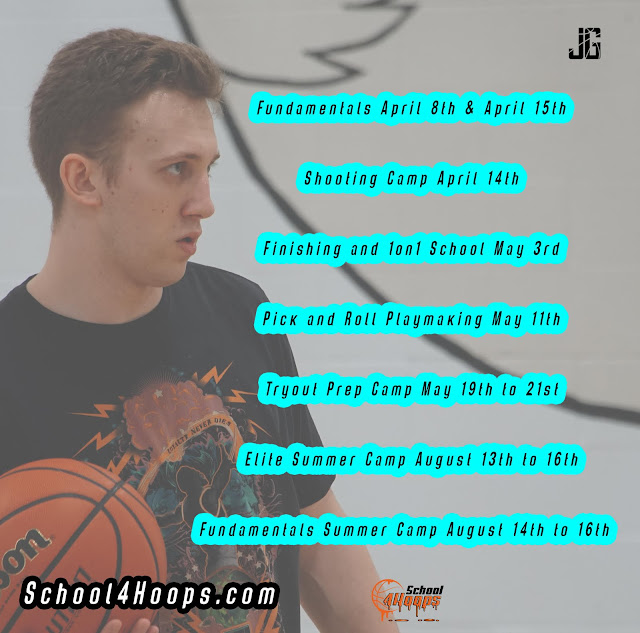 REGISTER BEFORE ITS SOLD OUT: School 4 Hoops has announced it’s complete spring and summer camp line-up. Please visit School4Hoops.com to view and register for upcoming camps and training opportunities. There are limited spots for camps and training dates, registrations will be taken on a first come, first serve basis.

Please visit School4Hoops.com to view and register for upcoming camps and training opportunities.

Jon recently finished his 5th year at the university level as an assistant coach with the Winnipeg Wesmen. Jon has previously been involved with Basketball Manitoba’s provincial team, spending four years with the male program. This past summer, Jon spent time as the video coordinator with the Canadian JMNT. Early in Jon’s coaching, he was heavily involved with John Taylor Collegiate’s varsity boys and junior varsity boys basketball teams - which included winning multiple provincial championships and coach of the year awards.

What others are saying about Jon Giesbrecht: