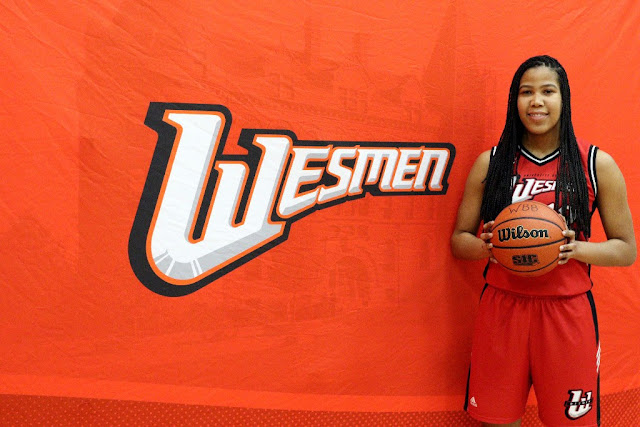 Jillian Duncan has wanted to suit up for the Winnipeg Wesmen for a long time. Come next fall, she'll get that chance.

The 6-foot forward out of Linden Christian School, and a veteran of the Manitoba provincial program, has become the latest to join head coach Tanya McKay's 2018 women's basketball recruiting class.

"I had other opportunities to play at other schools, but really I just liked the atmosphere and the coaching staff (at U of W) so it was an easy decision to stay home," Duncan said.

Duncan, who helped Manitoba to a bronze medal at the 2017 Canada Summer Games in Winnipeg, is a three-sport athlete who also played volleyball and competed in track and field.

"I think I'm definitely a physical player," she said. "I like to go inside, drive to the basket a lot and I'm not afraid of contact."

She averaged 26.6 points, 14.4 rebounds and 11 assists per game in her senior year with the Wings, who she helped to the provincial 3A semifinal in February, a year after LCS went to the provincial championship game and Duncan was named a tournament all-star.

Duncan has also excelled in the classroom, making honour roll with great distinction the past three years.

"Jillian is a very athletic and hard-working basketball player," McKay said. "She has a nose for the ball and is relentless on the boards. She brings a work ethic in the classroom and on the court. A great addition to our program."

Duncan has medaled twice as a member of Manitoba's provincial team. In addition to the bronze medal last year, she helped the U15 team to a bronze in 2015 and was a member of the 17U team that placed fourth in 2016.

"Jillian has been an incredible leader on my basketball team for the past three years," LCS coach Jason Klassen said. "As one of the best players I have ever coached in both skill and integrity, she has never compromised the values of fair play or teamwork despite a strong desire to win.

"All of us at Linden Christian School are extremely proud of Jillian and are excited to see what the future has for her as she plays for the Wesmen at the University of Winnipeg."

Duncan said she started setting her sights on playing basketball as a life goal when she was eight years old and took up the game for the first time.

In the Wesmen she said she appreciates the team-play mentality that permeates the roster.

"I like their style of play," she said. "Everyone has their own individual strengths I like how it all comes together as a team and how it fits nicely together. Everyone plays off of each other's strengths.

"I'm very excited to move on to the next level."