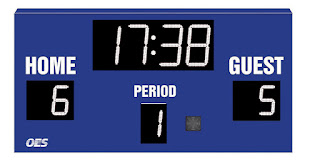 Have you ever been part of a basketball team comprised of twelve players; however, the coach only plays eight of them? The only time the coach will play the other four players will be through a couple minutes in the fourth quarter against weaker opponents when the team has secured the win. Now imagine how those four athletes feel in comparison to the other players on the team. Do you think it is fair to those other four players that spent the season on the bench?

This concept of equal playing time in sport is a major discussion point among coaches, athletes, parents and other parties involved in the sport. Fair play in youth sports can greatly affect the young athlete’s self-esteem, confidence and may be the reason why kids stop playing sports at a very young age. Nowadays, many competitive programs are adding in this “equal playing time” concept to ensure that all young athletes are able to participate and develop skills for higher levels as they grow. Fair play refers to an equal amount of playing time being given to each participating member on the team.
Currently, Ontario Basketball has developed a rule stating that Novice to Major Atom basketball teams, that is ages ten to twelve years, must play with this equal participation rule. The game consists of eight periods with each period being four minutes in length and substitutions only occurring at the end of each shift, unless there is an injury or a player fouls out. Ontario Basketball created this rule with the interests of the young children in mind and having the ability to provide stage-appropriate competition and maximize each participants’ long-term development.

Part of the reason why coaches play only their best players is to ultimately win the game. Everyone has expectations; however, the common denominator with these expectations is that parents, coaches, and athletes want to win the game. The question is, how do we win games without sacrificing the development of the weaker players? More times than not, young children don’t care about winning to the same extent as really wanting to get a chance to play the game. From experience, I know that it is hard to only be winning by three points and have to put in one of your weaker players, possibly giving up the lead; however, it is crucial for these players to develop their skills for the sport by playing those tough games.
There are many benefits to equal playing time, some may include:
Skill Equalizer
Developing Friendships
Minimizes Fatigue and Burnout
Playing for FUN
With that said, there are many more benefits for allowing young athletes to engage in this equal participation rule and the focus should be on having fun  while developing skills for the game. In my opinion, once children reach an older age, there can be more emphasis on playing time and who gets to play when. The question is, what is the appropriate age where this shift in equal playing time becomes a lesser issue?
I think by the time the athletes reach 14 or 15 years of age, they should be able to make the choice of either embarking on the competitive route or the recreational/house league division. In the competitive route, coaches will be able to play who they think is best at the right time and not worrying as much about why one child is playing less than the other. On the other hand, the recreational/house-league route allows this “equal playing time” and playing for fun model to still come into play. I think the house league option is more for just further developing those skills in the sport.
Either way, I think that young children should be able to have an equal amount of playing time in order to develop those sport-specific skills, make mistakes and learn from them, and experience the game environment.
Just remember, all kids want to do is HAVE FUN! Allow them to play the game and enjoy developing positive relationships, regardless of the record at the end of the season!
What do you think about this equal playing time debate in sport for youth? Let me know your thoughts, comments, and opinions below.

Chery Bennett is the Domestic Development Intern at Canada Basketball. She is currently pursuing her Graduate Certificate in Sport Business Management at Humber College, and has a passion for basketball and a former athlete within the sport.
… END_OF_DOCUMENT_TOKEN_TO_BE_REPLACED