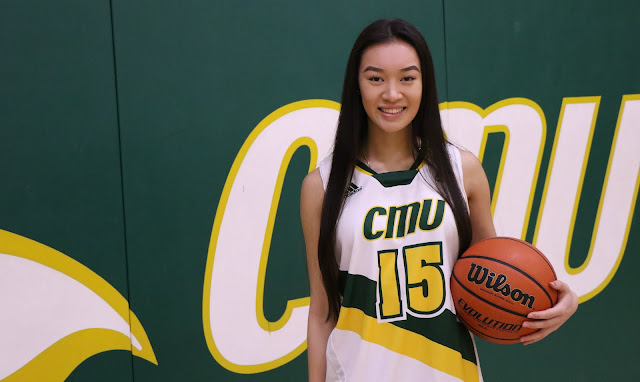 A member of the Huskies Varsity Girls team since Grade 10 when she was selected as Sturgeon Heights' Defensive Player of the Year, Dao has been instrumental in the Huskies climb up the Manitoba High School AAAA Girls Tier 1 standings. In her Grade 11 season, Dao and the Huskies qualified for the 4A Provincial Girls Basketball Championships as a Wild Card entry but with a large contigent of returning players, their expectations for 2018 are even higher as the team currently sits third in the AAAA Girls Power Rankings released today by the MHSAA.

"Kayla has developed into a modern wing player," said Dao's high school coach, Evan Cox, "she is long and athletic, is a knock-down three point shooter and can guard multiple positions. On top of her skill on the court, she brings the kind of character that every coach looks for, she's dedicated, team oriented and brings a good locker room presence."

On top of her involvement at Sturgeon Heights, Dao was also member of the Central Performance Program for Manitoba Basketball's Elite Player Development in 2017.

"Kayla is an outstanding all around player that can play almost any position," echoed Women's Basketball Head Coach, Joe Di Curzio, "her length and athleticism will make her a key defensive player for us next season."

This Saturday afternoon, Women's Basketball hopes to bring home their first MCAC Basketball Championship banner since 2010, when they meet the Red River Rebels in Otterburne at Providence University College, host of the 2018 Championship Finals. The Blazers and Rebels tip-off at 4:00 pm.