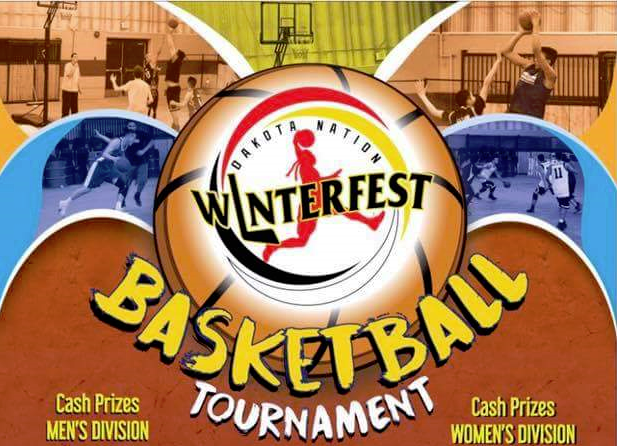 Basketball Manitoba is pleased to announce the details on the Dakota Nation Winterfest 3x3 Basketball Tournament which is set for this weekend (Jan 25-28) at the Keystone Centre in Brandon, MB.  The event has 16 men's teams playing indoors at the centre on 3 courts.  The event will use the FIBA 3x3 rules and be officiated by MABO members from the Westman Region.

The Sioux Valley Dakota Nation will be holding their annual “Dakota Nation Winterfest” for four days inside the Keystone Centre starting January 25th, 2018. The event is a long standing tradition in Western Manitoba and is a combination of cultural and aboriginal sports. Now in it’s 46th year the festival encompasses activities and events for all age groups including the 3x3 basketball tournament, a square dance competition, talent show, strong man competition, hockey, volleyball and moccasin games.

Information on the 3x3 tournament including the basketball schedule can be found at... 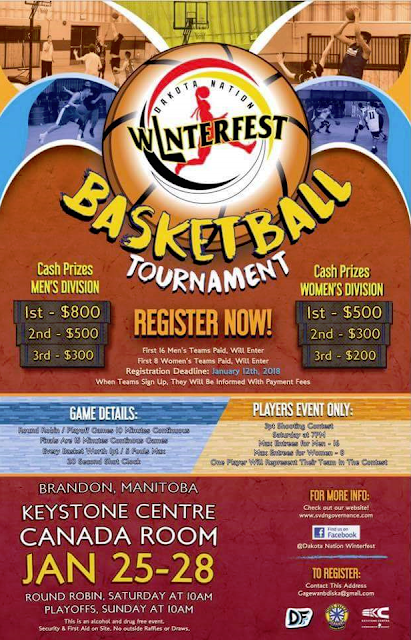 General information on the event can be found on their Facebook page.