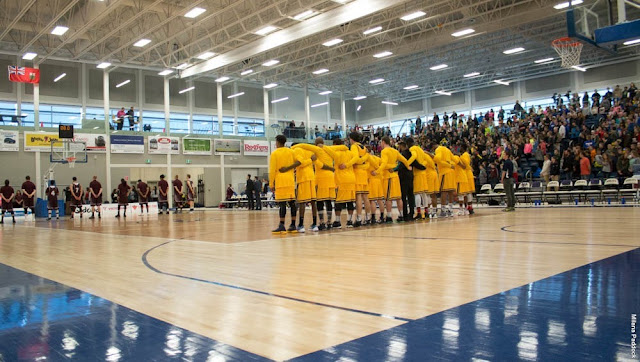 BRANDON – The Healthy Living Centre will be hopping when the Bobcats host rare matinees in front of massive crowds.

Brandon University's basketball teams will be up first when they welcome they Saskatchewan Huskies on Friday. The women's game is at noon with the men's contest at 2 p.m. Some 1,000 students from schools across western Manitoba will be cheering on the 'Cats.

"The Bobcat afternoon games provide an excellent opportunity for students to attend a high level sporting event at a top notch facility. It is always fun to root for the home team." said Filewich. "Many students have never been on campus and do not realize all that Brandon University has to offer. It is a great way for those young students to begin making connections to the university."

The Bobcat volleyball teams will also get their chance to play in front of a capacity crowd on Friday, February 9. BU entertains the Mount Royal Cougars at noon and 1:45 p.m. with close to 1,500 students expected to pack the gym.

The School Program Initiative first started when BU invited neighbouring schools to attend the national women's volleyball championship in March 2016. Over 1,800 students from 30 schools filled the stands for the tournament.

Last season, the Bobcats built on that momentum and welcomed some 1,600 students for back-to-back days of afternoon action. The numbers would have been even higher had it not been for a bitter cold snap that kept many rural busses from running on January 12-13.

BU Athletics is hoping for better luck from Mother Nature and look forward to another exciting opportunity.

"We cannot wait to put on a great show for the students and staff attending," said Brandon University Athletic Director Russ Paddock. "Many schools are also touring our campus before hand, which is a great educational opportunity. They also get to see the highest level of basketball and volleyball in Canada and the atmosphere is sure to be electrifying."

Basketball Manitoba, Redfern Farm Services, Sunrise Credit Union, and Volleyball Manitoba have partnered with the Bobcats for a second straight season on the school program initiative.