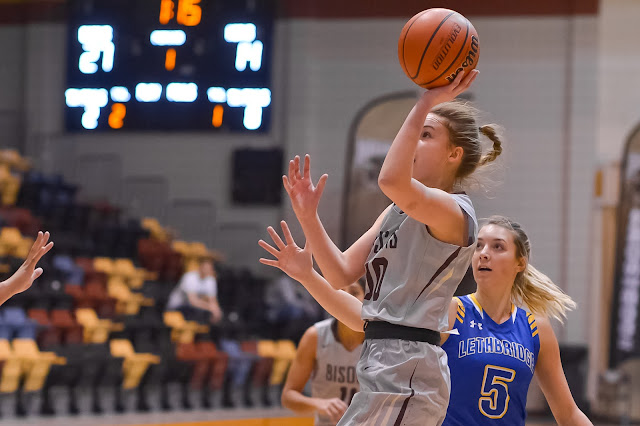 U SPORTS named the athletes of the week for the week ending January 7, 2018 and there was one Manitoba Bisons selected for their effort.  Bison women's basketball third year guard Nicole Konieczny was selected as the U SPORTS Female Athlete of the Week.

Konieczny, 20, scored the sixth most points in a Canada West women's basketball game over the weekend when she notched 41 against the Lethbridge Pronghorns on Saturday, January 6. 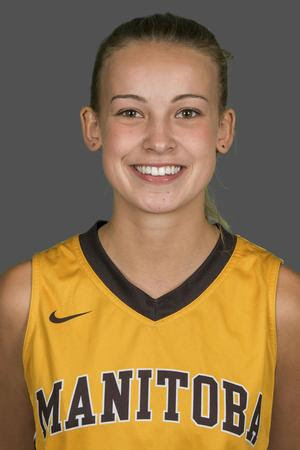 Konieczny had an amazing weekend as she led the Bisons to a home weekend sweep over one of the top teams in the conference. The shooting guard was on fire as she dropped 56 points on a whopping 23-of-31 field goal shooting (74.2 per cent), adding 16 rebounds, eight assists and nine steals while starting and playing in 68 minutes.

On Friday, Jan. 5, the 5-10 guard scored 15 points, recording a game-high nine rebounds, adding four assists and three steals in 31 minutes of play in an 87-73 home victory.

The next night, the Regina native scored 41 points for the Bisons in an 82-59 victory. Konieczny shot the lights out, going 16-of-19 (84.2 per cent) from the field, including 6-of-6 from the three-point line. In addition, she registered seven rebounds, game-high six steals with four assists while starting and playing 37 minutes on Saturday. Her 16 field goals was the third most ever in a Canada West game, just behind Teresa Kleindeinst's record of 19 set back on Feb. 15, 2002 for Simon Fraser.

This season, Konieczny is 22nd in conference scoring at 13.3 points per game and tied for 12th in CW shooting percentage at 47.4 per cent.