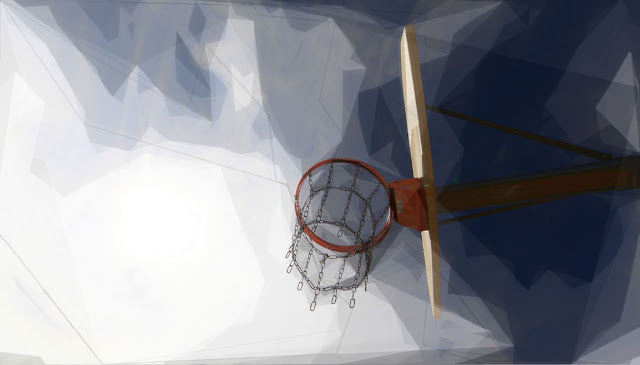 By Mike Klinzing
I once coached a team in a tournament that used point differential to determine which team advanced if both teams had identical records. We went into our final game of pool play needing to win by 11-points to advance. Throughout the game I paid much more attention to our scoring margin than I normally do.
I used a set rotation that season to keep the playing time for all the players on my team relatively equal. The game reached a point in the second half where I usually sub in my bench, and we held a 15-point lead. I had a dilemma on my hands.
Do I stick with the starters who had built a solid lead and would most likely add to it, or stick to my season-long substitution pattern and risk the 11 point margin of victory?
I must admit that I was very tempted to keep the starters in a minute or two longer, or maybe bring them back in a minute or two earlier. Instead I stuck to my normal substitution pattern, and the lead dwindled to 5 before the starters re-entered the game with 3-minutes left. We ended up winning by 10.
I have never felt worse after a loss, and yet never felt better at the same time. Despite the fact that I hurt my team’s chance to advance in the tournament, I knew I had done the right thing. As a younger coach, I don’t think I could have done that. I would have left the starters in and proven I was more concerned about winning than player development.
Did I do the “right thing” in everyone’s opinion? No, probably not. I’m sure some parents would have preferred us to go for the win, and leave the starters on the court. Playing the starters big minutes is just one “strategy” that youth coaches all over the country use to try and win more games, but these strategies do not help the long-term development of young players.
What are some of these strategies that youth coaches use to win more, but are actually detrimental to the long-term development of young basketball players?

See the story above and realize that your best youth basketball players won’t always end up being the best players later. Kids develop at different rates both in terms of their body maturation and their skill set. Don’t turn kids off at an early age by planting them on the bench. If the only reason a player gets off your bench is because another player fouls out or is completely exhausted, your coaching strategy needs to be changed.
I’m not necessarily advocating for completely equal playing time. My starters get a few minutes more per game, depending on the game length. Even at young ages players will understand that performance and effort in practices and games relates to opportunity. But that doesn’t mean bench players never see the floor. They still need to play meaningful minutes in game conditions in order to get better.

If you want to read a great article on why zones are bad for youth basketball you can check out this post by Tyler Coston of PGC Basketball. I’ll summarize here:
If you just want to win games, then by all means, play a zone. If you care about the game and the players, play man to man.

Sure, you could win more games by only allowing your best ball handler to dribble the ball down court. I once heard a coach scream, “DON’T DRIBBLE!” the moment a player got a rebound in a game I was coaching.
Keep in mind this was a 4th grade girls’ rec league game! How is that girl going to improve her dribbling? She is going to be scared to death that whenever she tries to dribble an angry coach is going to be screaming at her.
Let everyone handle the ball. Again, that doesn’t mean you can’t have a player whose role involves bringing the ball up court, but make sure that everyone has the opportunity to handle the ball during practices and games.
Sure, you could win more games by planting your tallest player in the paint on defense. They’d probably block a bunch of shots, alter some others, and grab a ton of rebounds. Unfortunately, they won’t learn to defend on the perimeter which might come in handy when they stop growing in their first year of highschool.
Developing multi-skilled players is part of your responsibility as a youth basketball coach. If you want to read more of my thoughts on positionless basketball check out this blog post: Positionless Basketball is the Key to Player Development.

There is nothing you can do as a youth coach that will stifle your players’ development more than running set plays on every offensive possession. When youth players are running set plays they are focused on getting the “pattern” right, rather than playing the game in the moment and making basketball decisions. Better to focus on teaching spacing, ball reversal, and off-ball movement so that kids learn to play the game and not just follow a “pattern”.
Not only do set plays impact player development during a game, but many coaches spend HUGE amounts of time practicing their set plays. This usually involves the coach talking a lot and the players standing around watching the coach explain the play. See my thoughts on what a youth basketball practice should like in more detail here: What Should a Youth Basketball Practice Look Like.
I once had a rec basketball coach run a play in a scrimmage against my team where his best player brought the ball up the court and the other 4 players ran to the corner. I told my players to stay in the key (help-side defense) rather than run to the corner following their man. After I did that the coach came up to me and asked if I would have my players run to the corner because he was trying to work on his “play”. I informed him that my players would not be heading to the corner and he would need to find another way for his team to score a basket.
How much fun was basketball for his players who had to run to the corner and stand? Not much! This is obviously an extreme example of a coach only letting his best player control the ball and take the shots, but it happens all too frequently in youth basketball.
As a coach it is your job to help all young players make good decisions, develop their skills, and learn from mistakes. If the only player that gets that opportunity is the best player you are doing your kids a disservice.

Youth players are not strong enough to make the types of passes that easily break a full-court press. Often, one player will attempt to dribble through the press with disastrous results. Or maybe, a long cross-court pass will float softly in the air until it is intercepted. These are common scenarios in youth basketball. The stronger more athletic team presses, and the other team doesn’t stand a chance. Is that really good basketball for either side? I would argue no.
I’ve been guilty of using a press at times, usually to get my team’s energy level up, and I understand why coaches employ them. In leagues that allow it, pressing can get you back in a game quickly or enable your team to jump out to a big lead. I wish we were at a place in youth basketball where pressing was not allowed until much later.

6. Instilling a fear of mistakes.

Coaches that cause their young players to fear mistakes are robbing their kids of the best learning opportunities. Deliberate practice, in which the player works to improve a skill just outside their current capability, has been proven to be very effective. By criticizing players who go outside their comfort zone and make mistakes, a coach is effectively ensuring the player won’t try that new skill again.
On the other hand, that which is praised gets repeated. If a coach sees a player pushing themselves and trying something new the coach should offer encouragement and specific instruction to help the player succeed next time.
Here’s a great example. My 5th grade boys’ team started playing together in 3rd grade. At that time most of them could not make a layup with their weak hand. We made a conscious decision to praise the players every time they shot a layup with their weak hand, regardless of whether it went in or not. Two seasons later, every player can and will shoot layups with their weak hand. Had we focused on the results of the layup and criticized their misses, the players would have been afraid to shoot with their weak hand and missed an opportunity to develop a new skill.
Many youth basketball coaches have used these strategies at some point in an attempt to win more games. Most coaches have good intentions when employing these strategies. They may even think it’s great coaching. Unfortunately, they are wrong.