PUBLISHED ON November 07, 2017 Headlines, In Memoriam, 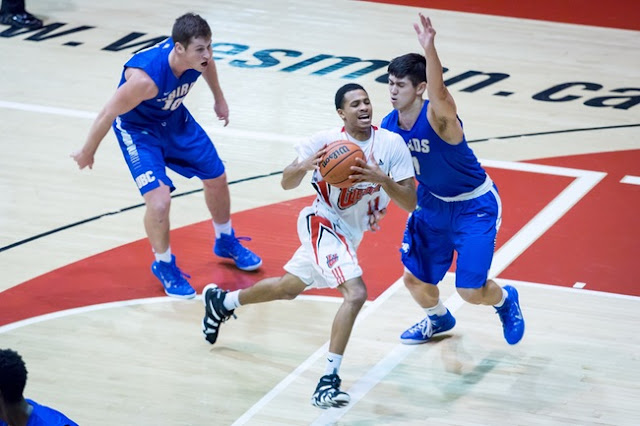 The University of Winnipeg and Winnipeg Wesmen Athletics are mourning the loss of former student-athlete Christopher Baxter.

Baxter and his younger brother Jonathan, 23, were tragically killed in a two-vehicle collision in their hometown of Carson, Calif., last week.

Baxter, a 6-foot-2 guard, played two seasons with the Wesmen from 2013 to 2015, after attending Verbum Dei High School in Los Angeles. He appeared in 42 career games as a Wesmen, starting 25.

Wesmen men's basketball coach Mike Raimbault remembered Baxter as a key contributor for the program, both on and off the court.

"This is extremely sad news for all of Chris's former teammates and coaches," Raimbault said. "Chris had a big personality and a passion for the game that was infectious in others. He was a great teammate, a tough competitor, and during his time here he built many great relationships. He will be missed."

The University of Winnipeg and Wesmen Athletics extend sincerest condolences to the family and loved ones of Christopher and Jonathan.