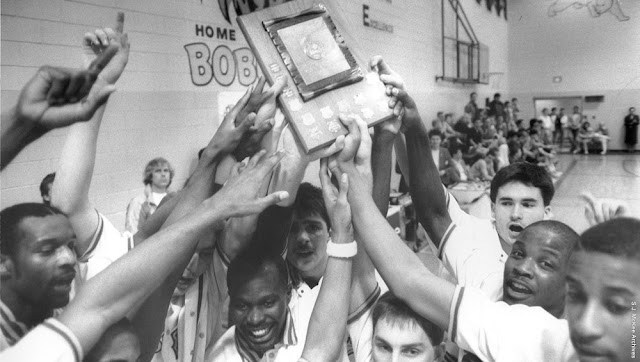 BU Athletics is inviting both men's and women's basketball alumni to attend a reunion as part of Homecoming 2018 from October 11-14.

Canadian James Naismith invented basketball in 1891 and there is reference to the sport being played in the city nearly two decades later according to a 1910 edition of the Brandon College Quill.

The basketball programs grew from humble beginnings with the Caps and Capettes playing exhibition schedules and competing for Manitoba Small College Championships.

Brandon College transitioned to Brandon University in 1967 and the basketball landscape changed shortly after. In 1970-71, the newly named Brandon Bobcats made the jump to the Western Canadian Intercollegiate Athletic Association. The following season, the WCIAA split into Canada West and the Great Plains Athletic Conference. BU competed in GPAC until becoming a Canada West member in 1999.

The BU men's team has a storied past, capturing 19 conference titles and four national championships. They are one of only three schools to win three consecutive Canadian university crowns. The Bobcats accomplished that feat during a historic run from 1987 to 1989.

"The pride I have for being a Brandon Bobcat is close to my heart," said Carson. "There is not a time that I do not think about those days when I was at Brandon University."

The College Cap and Bobcat basketball celebration follows two highly successful alumni events. Close to 200 hockey members were back on campus in November 2016 and last month over 100 football alumni returned to celebrate.

BU's basketball alumni are excited for their chance to re-connect and believe this event will be a slam-dunk.

"I am very impressed with BU's commitment to their alumni," said former all-Canadian Janet Lumsden. "Both the football and hockey reunions were a huge hit and no doubt the basketball reunion will break some new records."

The tentative plan is for alumni games along with pre-season contests involving the current Bobcat teams. The 2018 Dick and Verda McDonald Sports Wall of Fame induction ceremony will also be part of the weekend festivities.

The basketball reunion coincides with a special celebration for BU. Homecoming 2018 will pay tribute to the 50th anniversary of the inaugural class at Brandon University.