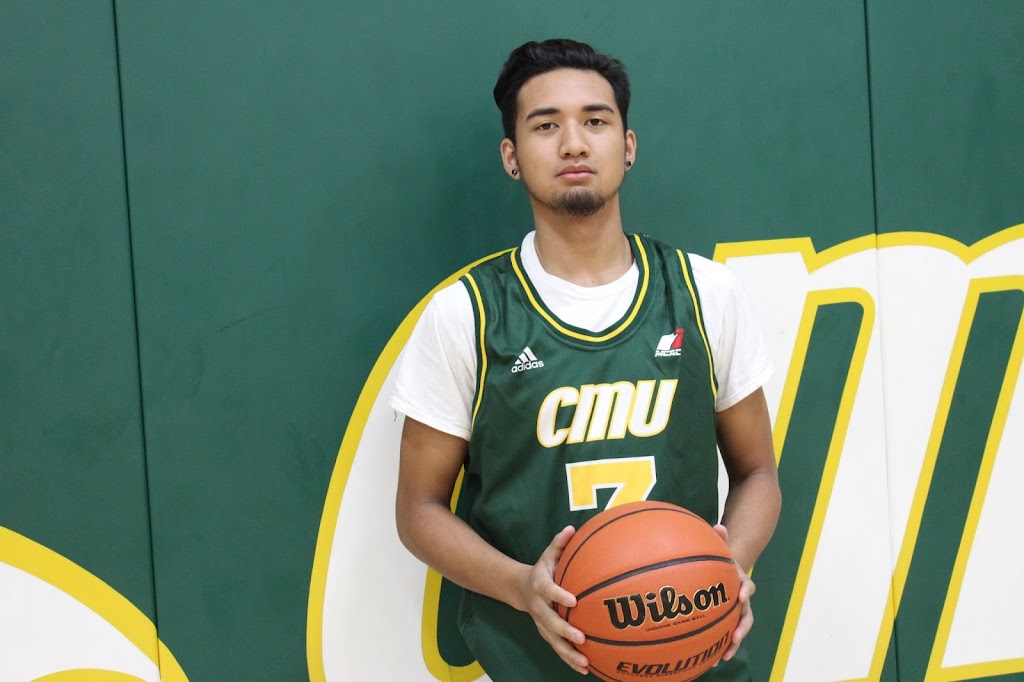 The Men's Basketball team at Canadian Mennonite University has announced the commitment of Fort Richmond Collegiate's Kniel Sullera for the 2017-18 MCAC and NIAC seasons. The dynamic scorer helped the Centurions to back to back Final Four appearances in the Manitoba High School 'AAAA' Provincials and averaged 18 points and 13 rebound in his Grade 12 season.

"Kniel is a tremendously gifted basketball player," said Head Coach Billy Isaac, who enters year-five with the program at CMU, "He can certainly score the basketball, but what I think what sets Kniel apart is his court vision and his passing ability."

Sullera and the Centurions upset the #1 ranked Oak Park Raiders in the Conference Championships last March and entered the 'AAAA' Provincials as the #2 ranked team. After a quarterfinal win over #10 Maples Collegiate, their Championship hopes were dashed when they fell to #3 St. Paul's in the Provincial semfinals.

Despite the defeat, Sullera scored a game-high 37 points and added 15 rebounds to earn selection to the 2017 Provincial Tournament All-Star Team. On top of this recognition, the Fort Richmond point guard was announced as a 2017 'AAAA' Graduating All-Star where in the feature event his performance earned him the Player of the Game Award.

Sullera was a member of Team Manitoba at the 16U and 17U level. In 2014, he represented his province in the Western Canadian Championships in Edmonton where Manitoba brought home a silver medal and the following year Sullera and his teammates finished fifth at the National Championships in Halifax.

The Blazers begin their 2017-18 preseason in Caronport, Saskatchewan on September 22nd and 23rd where they will tipoff with the ACAC's Briercrest Clippers and return home on September 29th and 30th to entertain their fans at the Loewen Athletic Centre with another interconference exhibition game against the Ambrose Lions.