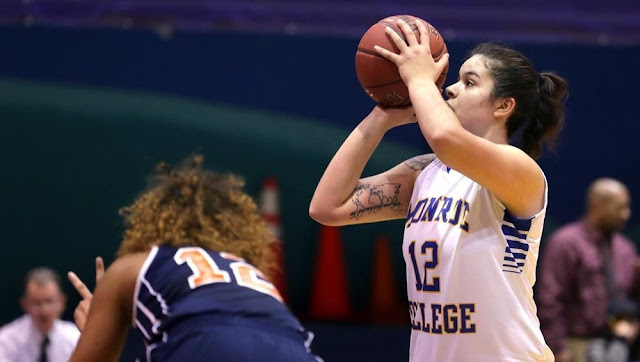 BRANDON - Gabrielle Jubinville is motivated to bring her best to the Bobcats. "I feel blessed," said Jubinville. "Doing what I love and having the opportunity to get an education is just amazing. 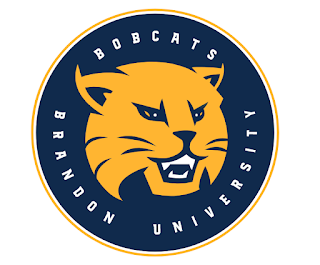 The two years prior to that saw Jubinville make an impact with the Monroe College Mustangs in New Rochelle, New York.

She gained valuable experience as a rookie in 2014-15 with Monroe, who finished sixth at the National Junior College Athletic Association Division 1 Tournament. Jubinville and the Mustangs won regional and district titles en route to reaching the nationals.

In 2015-16, she was named the Region XV Player of the Year. The NJCAA also recognized her as a third-team all-American. She led the Mustangs in scoring and rebounding during a stellar sophomore season.

The knowledge Jubinville gained south of the border can help her adjust quickly to her new surroundings at Brandon University.

"I know it is going to be hard competing in a different league, but I think my past experiences have really helped me adapt to new places and people," added Jubinville. "It was really competitive south of the border and it increased my mental toughness too. I am looking forward to making the transition to the U SPORTS level."

Jubinville is jumping at the chance to test herself against Canada West competition and BU coach Novell Thomas believes she will do her homework to prepare for the best possible outcome.

"The expectation is that she comes in and makes an immediate impact for us. I think her best basketball is yet to be played," said Thomas.

The Bobcats are coming off a history-making season in 2016-17 where they reached the Canada West conference playoffs for the first time.

Brandon's roster is loaded with impactful returnees going into next season and Jubinville's arrival puts them in prime position for a lengthy post-season run.

"We hope her addition can allow us to take another step forward," added Thomas. "She will give us depth and scoring at her position".

"My goal is to help this team make history," said Jubinville. "Winning a championship is a really hard goal, but it is not impossible."

Brandon's newest recruit has an impressive list of accomplishments after picking up the sport when she was eight years old.

Jubinville quickly found her stride and became a high school standout with the Archbishop O'Leary Spartans.

She captured a national bronze medal with Alberta's under-16 provincial team and competed at the prestigious North American Indigenous Games in 2014.

Jubinville hopes her journey to join the Bobcats serves as inspiration to youth in aboriginal communities.

"I am breaking the circle in my family by being the first to graduate. I am a role model for my nieces and nephews that look up to me. Life is all about pushing through and finishing what you started."