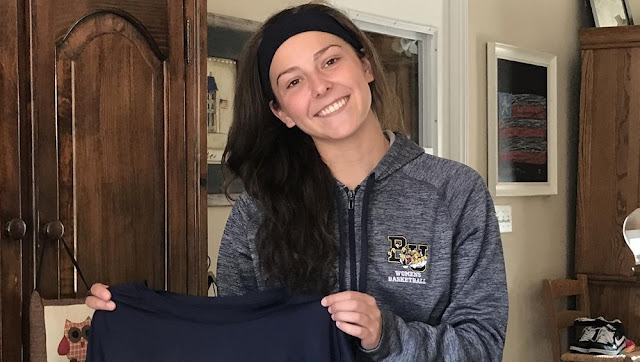 Hailey Maas is motivated to make her move north of the border to join the Bobcats.  The St. Joseph, Mich. product played Division II basketball with the Lake Michigan Red Hawks of the National Junior College Athletic Association for the past two seasons.

"I never thought I would go all the way to Canada to play. I have never left the country before," said Maas. "I have started to do some research on the city. I really don't know much about Brandon, but that excites me. I am looking forward to getting to know my coaches, teammates and the city."

Maas made an immediate impact in the NJCAA in 2015-16. In her rookie season, she was named the Michigan Community College Athletic Association's Freshman of the Year. She also made the grade as a first-team conference all-star and the NJCAA named her as a second-team all-American.

The Red Hawks' roster was top heavy with rookies in 15-16 and Maas played a major role in the teams success. She helped guide them to a district title and a berth at the national championship. She finished seventh in the nation with 20.4 points, while averaging 7.1 rebounds, 4.8 assists and 2.3 steals per-game.

The personal accolades continued to pour in for Maas as a sensational sophomore. She was recognized as a first-team conference all-star and a third-team all-American. Maas was the top scorer on the team, averaging 18.8 points per-game.

The 5-foot-7 guard moved up to the college ranks following her high school career with Michigan Lutheran. In 2015, she led the Titans to a regional title in her senior year.

BU coach Novell Thomas  believes acquiring the American is a big coup for the Bobcats.

"First and foremost, Hailey is a great person. She is easy to talk to, polite and is very passionate about basketball. I expect her to make an immediate impact for us," said Thomas. "She is a proven scorer at the NJCAA level and I am certain that she will be able to continue those scoring ways at the U SPORTS level. We expect Hailey to make a difference."

Maas hopes to make a smooth transition to her new surroundings.

"I am looking to make the whole team better and help the team have great success," added Maas. "I would like to be a top scorer and a starter if possible. Achieving those goals will be no easy task with such a talented group of returning players."

Stepping foot on Canadian soil could be the first of many highlights for Maas. She joins a BU team that has high expectations following their first-ever Canada West playoff appearance in 2016-17.

"I started playing basketball at a very young age and my dream was to go as far as possible. I got this opportunity and I could not turn it down," said Maas. "BU is building towards something special and I am excited to be a part of it."