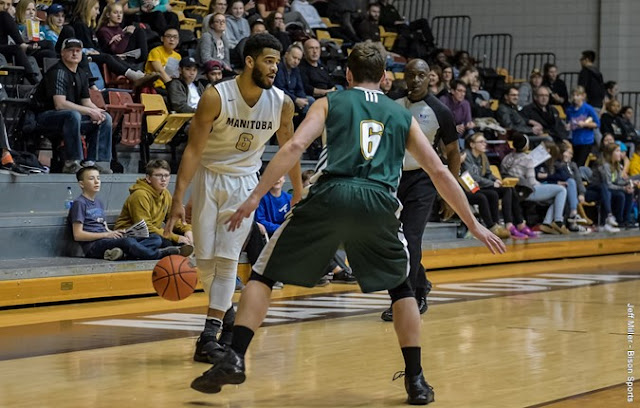 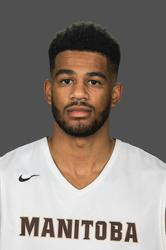 Bison Men's Basketball player Justus Alleyn has been selected to Canadian National Team for the 2017 Summer Universiade FISU Games in Chinese Taipei (International University Sports Federation) from August 19-30, 2017.  For Alleyn, 21, this is his first Team Canada selection for a Summer Universiade.

Alleyn commented, "I'm blessed and honoured to represent Canada and the University of Manitoba this summer at the FISU Games. It's something I've been hoping to do and working towards since I've started playing at U of M."

Alleyn, 21, had a very impressive 2016-17 in his fourth season with the Bisons as selected as 2016-17 Canada West Men's Basketball Second Team All-Star and co-captain of the the squad that made the U SPORTS nationals for the first time since 1986. At the guard position, Alleyn had his best season statistically as he was tied for ninth in conference scoring at 17.4 points per game. The Winnipeg native also was in tenth spot in conference 3-point percentage at 42.5 and tied for 16th in Canada West in minutes played per game at 30.6 while starting and playing in 19 of 20 conference games. He was also fourth on team with 3.6 rebounds per game; third at 2.1 assists per game and third with 1.3 steals per game.

The 6'2", 200 lbs. guard was co-captain of Manitoba for the first time with the Bisons and led the team to the fifth seed in 2016-17 conference season with a 12-8 regular season record and a playoff run with wins on the road to top ranked UBC and Calgary that earn the coveted berth to the nationals.

Bison men's basketball head coach Kirby Schepp enthused, "What a great honour for Justus and the entire Bison men's basketball program to represent Canada at the Summer Unviersiade Games. Justus has worked extremely hard the past few years and has emerged as one the top guards in the country. He certainly sees this as an honour plus opportunity and I know he will represent very well."

The 2017 Summer Universiade is set for Aug. 19-30 in Taipei City. The full roster and players to watch for men's basketball are available below.

The women's basketball team will be announced later this summer.

Carleton guards Kaza Kajami-Keane and Connor Wood led the Ravens to their seventh straight national title and 13th banner in 15 years. Wood, the U SPORTS Player of the Year and a First Team All-Canadian averaged a career-high 19.2 points per game, while ranking second nationally in three-pointers (76) and third in three-point conversion rate (50.3 per cent). Teammate Kajami-Keane was also impressive, picking up Championship MVP and a Second Team All-Canadian nod with the second-most assists in Canada (99) to go along with 15.5 points per game. Out west, UBC guard and First Team All-Canadian Conor Morgan averaged the second-highest points per game (23.1), the third-most points scored (438) as well as 7.5 rebounds per contest.

About the 2017 Summer Universiade