Historic Day for Basketball as 3x3 Added to Olympic Program 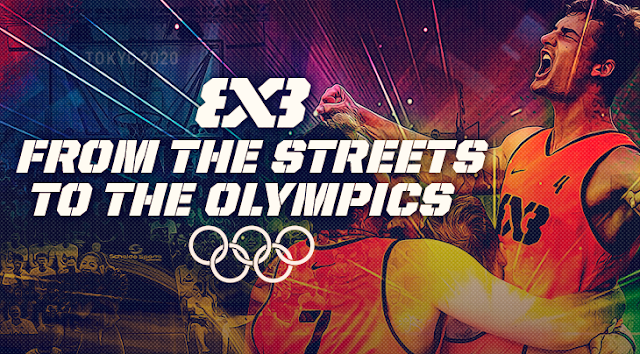 The International Olympic Committee (IOC)’s Executive Board on Friday announced its decision to include 3x3 as part of the Olympic Basketball program starting with the Tokyo 2020 Olympic Games.

MIES, Switzerland (FIBA 3x3) - The International Olympic Committee (IOC)'s Executive Board on Friday announced its decision to include 64 athletes (32 men and 32 women) for 3x3 as part of the Olympic Basketball program starting with the Tokyo 2020 Olympic Games.

Adding a new urban basketball discipline to the Olympic program marks a quantum leap for the development of the game and presents an array of opportunities for new countries and players alike.

"This is a historic day for FIBA and 3x3", FIBA Secretary General and IOC Member Patrick Baumann said. "It is the recognition of 10 years of hard work to codify the rules of 3x3 and to innovate with a unique 3x3 digital platform and player ranking system that bring together athletes with private and institutional organizers in a worldwide network of FIBA organized or sanctioned 3x3 events."

3x3 has the Olympics in its DNA. In 2007, FIBA decided to propose to the IOC to add 3x3 to the 2010 Youth Olympic Games (YOG) in Singapore, which ended up being the first official 3x3 event, with resounding success there and at the 2014 edition in Nanjing, China. With Friday's decision, 3x3 becomes the first-ever new YOG discipline to be included in the Olympic program.

Since then, 3x3 has grown to the point of having dedicated athletes playing professionally at the TV and social media friendly FIBA 3x3 World Tour and competing in most multi-sport games.

3x3 is widely considered the number one urban team sport - perfect for social media engagement with youngsters - and is simple enough to be played anywhere by anybody.

FIBA President Horacio Muratore said: "The intensity and skill level of the 3x3 game is such that there are no traditional 3x3 powerhouses and new countries have emerged since the first YOG experience in 2010. This was our main objective back in 2007. The decision provides FIBA with a renewed, strong incentive to continue in this direction and grow the game of basketball by developing new young skilled basketball talents in both genders across the globe from small islands to large countries in every continent."

Events can be staged indoors like in shopping malls, outdoors on traditional basketball courts or in iconic locations with an efficient and compact temporary stage, always with the goal to bring basketball directly to the people within an urban festival atmosphere.

"The IOC's decision provides great encouragement for FIBA to continue promoting our urban discipline. This decision fits perfectly well with the concept of the urban cluster proposed for the 2020 Tokyo Games. Similarly important for us is that it also provides our membership with a new chance for medals at the Olympic Games and that the dream of a path from the streets to the Olympic Games has become reality for all the basketball community and the 3x3 players. We are very grateful to the IOC for today’s decision," Baumann added.

The competition format, qualification system and the location of the 3x3 venue in Tokyo will be announced at a later stage.

ABOUT FIBA 3X3
Exciting, urban and innovative, 3x3 is inspired by several forms of streetball played worldwide and is considered the world’s number one urban team sport. Steered by FIBA, games see two teams of three players face off on a basketball half-court.

It was played successfully for the first time in international competition at the 2010 Youth Olympic Games in Singapore and since then has benefited from the launch of a yearly city-based FIBA 3x3 World Tour (www.fiba.com/3x3worldtour) and national-team competitions.