FIBA Changes Headgear Rule to Allow Their Use Globally 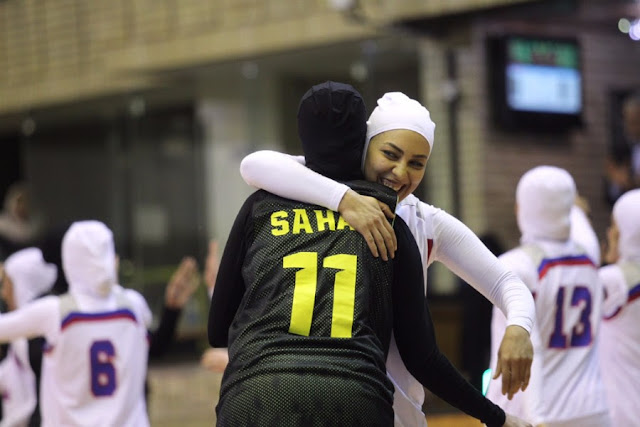 HONG KONG - FIBA's first-ever Mid-Term Congress, which is bringing together representatives from 139 National Federations, on Thursday ratified the FIBA Central Board's decision for a new rule that will allow players to wear headgear.  It was developed in a way that minimizes the risk of injuries as well as preserve consistency of the color of the uniform. It will come into effect as of October 1, 2017 when the new FIBA rulebook will come into affect.

The Manitoba approach to this rule up until this global change was to allow their use so long as they were securely fastened and had no sharp or hard items exposed.  This change will bring the official rule book in line with what was for the most part followed locally.

The provisions of the new rule mean that headgear is allowed when:
The new rule comes as a result of the fact that traditional dress codes in some countries - which called for the head and/or entire body being covered - were incompatible with FIBA's previous headgear rule.

FIBA initiated a revision process of its headgear rule in September 2014, with exceptions being granted at national level as part of a two-year testing period. This past January, the Central Board received a report and, upon reviewing it, approved for the rule to be modified. It issued a mandate to its Technical Commission to come up with a proposal and this was approved by the Central Board on Wednesday.

Within that context, the Mid-Term Congress praised a historical moment that occurred in Iran on April 13, when a FIBA test game featuring women wearing hijabs marked the first time men witnessed a women's sporting event in person.

Move ahead to the 2h55m30s point of the video


READ MORE ABOUT THIS CHANGE...

About FIBA
FIBA (fiba.com) - the world governing body for basketball - is an independent association formed by 213 National Basketball Federations throughout the world. It is recognised as the sole competent authority in basketball by the International Olympic Committee (IOC).