PUBLISHED ON August 23, 2017 Balling for the Cure, Charitable Causes, Headlines, 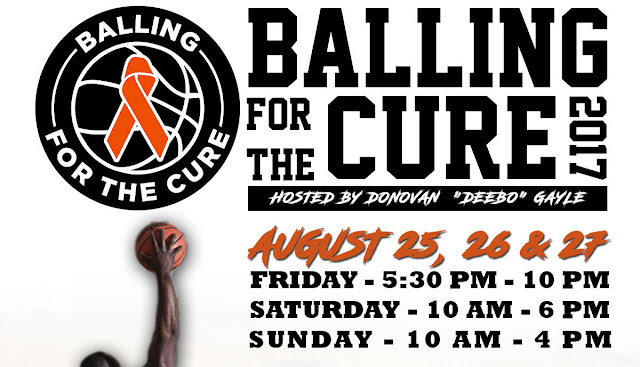 SCHEDULE RELEASED (Scroll below): The Ballin' for the Cure Basketball Tournament organized by Donovan Gayle has announced that it will return for a fourth year on August 25-26, 2017 at the University of Winnipeg Duckworth Centre. Since its start in 2014, the event has raised nearly $15,000 to benefit CancerCare Manitoba.  The 2017 event will feature senior men's and and will add an 18+ female division for the first time.

Also new for 2017 will see the creation of up to 4 scholarships to 2 male and 2 female graduating high school basketball players.  The scholarships will be presented as part of the Basketball Manitoba Awards in April 2018.  The remaining proceeds from the event will be donated to CancerCare Manitoba. 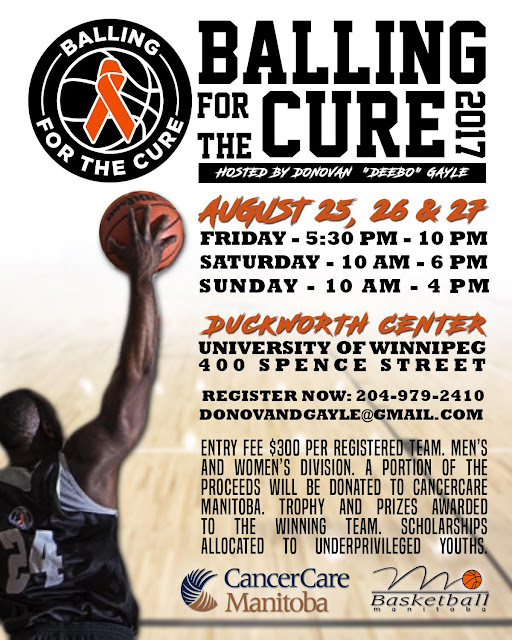 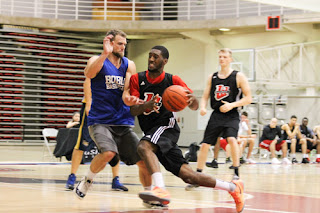 The venue is being graciously donated by the University of Winnipeg and all MABO referees will be volunteering their time to work the games.  Basketball Manitoba is able to insure all participants for the weekend and aided with promotional and operations support.

The tournament is looking for age 18+ male and female teams to make up the tournament.  Deadline to registrar at team is August 1, 2017.  Space is limited so register your team today!  Those interested can contact Donovan at donovandgayle@gmail.com or message him at 204-979-2410.

SELECT THE D1 or D2 TAB BELOW 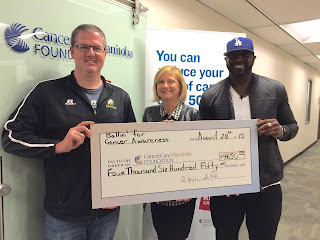 As an appreciation for all the support that he received while battling the disease.

The tournament organizers are looking for support from local businesses like yours to make the tournament a success.

Please contact Kyle Vince at vinceke29@gmail.com or 204-510-5349 to inquire more on how you can support the event or if you have any questions.