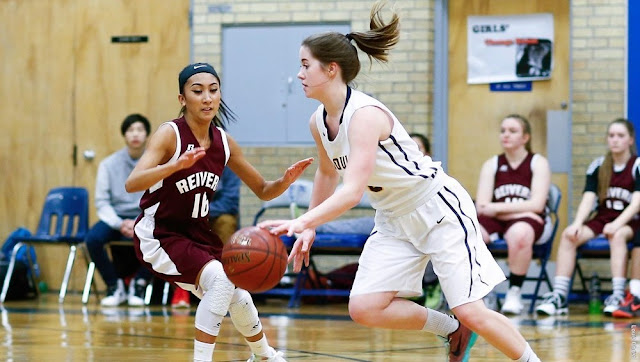 Chelsea Misskey's strong basketball upbringing paved the way for her to become a top prospect on the prairies and the Bobcats see great potential in their talented newcomer.  The 5-foot-5 guard becomes the first recruit to join BU for the 2017-2018 season after rising to stardom on the Saskatchewan provincial team.

In a three year span from 2014-2016, Misskey won an under-15 national title, a Western Canada Summer Games under-16 championship and an under-17 national bronze medal.

"I thought it was a great opportunity to sign someone of Chelsea's nature and ability," said Brandon coach Novell Thomas . "She has played with and against some of the best in her age group across the country and has been coached by some of the best in Saskatchewan."

"It is crucial to have that experience," said Misskey. "It is a big step going into the post-secondary level for basketball. I think playing on provincial teams and having the coaches that I had really prepared me for this opportunity."

One of Misskey's mentors is BU Sports Wall of Famer Tracy Johnson (nee MacLeod). It was under Johnson's coaching guidance that Misskey and her teammates won the top prize at the Western Canada Summer Games in 2015.

"Tracy has been really inspiring," said Misskey. "She had a big talk with me about Brandon and she had a lot of good things to say. It really helped me in my decision in choosing to come to Brandon."

"I am excited that she will get the chance to learn from and be a part of an amazing family," said Johnson. "The potential is there, the rest is up to her. Hard work, passion and grit are the recipe for success."

Chelsea's success in sneakers was built around a family of basketball boosters. Her mom, Shauna, got her involved in the game at eight years old while her dad, Matthew, had a long run as coach of the Warman Wolverines varsity boys' team.

"I was brought into basketball at a really young age and it made me gain a really deep love for the sport," added Chelsea. "They are all so proud and it feels good to know that they were all there for me. They played a big part in helping me get to where I am now."

Misskey's high school career started with her hometown Wolverines before transferring to play her senior year with the Evan Hardy Souls in Saskatoon.

In 2015, with her mom serving as an assistant coach, Warman won a silver medal at the 4A provincial championship. Misskey has also earned multiple tournament all-star awards while succeeding in the classroom as an honour roll student.

As she sets her sights on the next step, Misskey is motivated to join the 'Cats, with BU coming off their first-ever playoff appearance in the Canada West conference.

"I can see that the team is really inclining on their performances and the future looks bright," said Misskey. "I love the experiences and all the memories that you make with your teammates. I think that will make me feel more comfortable moving to Brandon. I am excited to have new people to call my family."