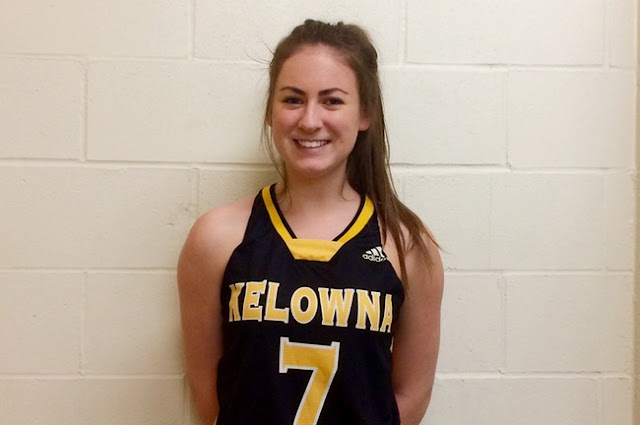 Espenberg a 5’11 forward recently completed her final season at Kelowna Secondary School where she averaged 11.3 points, 8.9 rebounds per game while connecting on 56% of her shots from the field. She was a member of the U16 and U17 Jr. Heat teams at UBC Okanagan.

“Chelsea is a very talented athlete with a ton of potential who has worked hard to better herself during her time in high school and playing with the Jr. Heat. She holds herself to a high standard and is intrinsically motivated to improve. She is an athletic forward who can shoot the three ball, but isn’t afraid to post up or attack the seams to get to the basket. She is a hard worker who always gives 100% in everything she does. Her work ethic and positive attitude will be infectious to her teammates. We look forward to watching Chelsea develop during her time with our Wesmen program”.

Darren Semeniuk, Kelowna Secondary School Varsity Girl’s Basketball head coach:
“Chelsea is a very mature, focused and determined young lady. She was one of our team leader throughout the year and helped transition several of our younger players from junior to senior basketball. She is a dedicated student in the classroom. She is committed to her studies and it is exciting that Chelsea has chosen the U of W to further her education.

“She has a unique basketball skill set. Chelsea has the ability to defend big, while taking advantage of her matchup at the other end of the floor with her three-point shooting. She has learned how to use her length on defense, and will only get better as she builds strength and agility. She was great for us in transition this past season, whether it was finishing at the basket or finding her spot at the three-point line as an excellent trail post”.